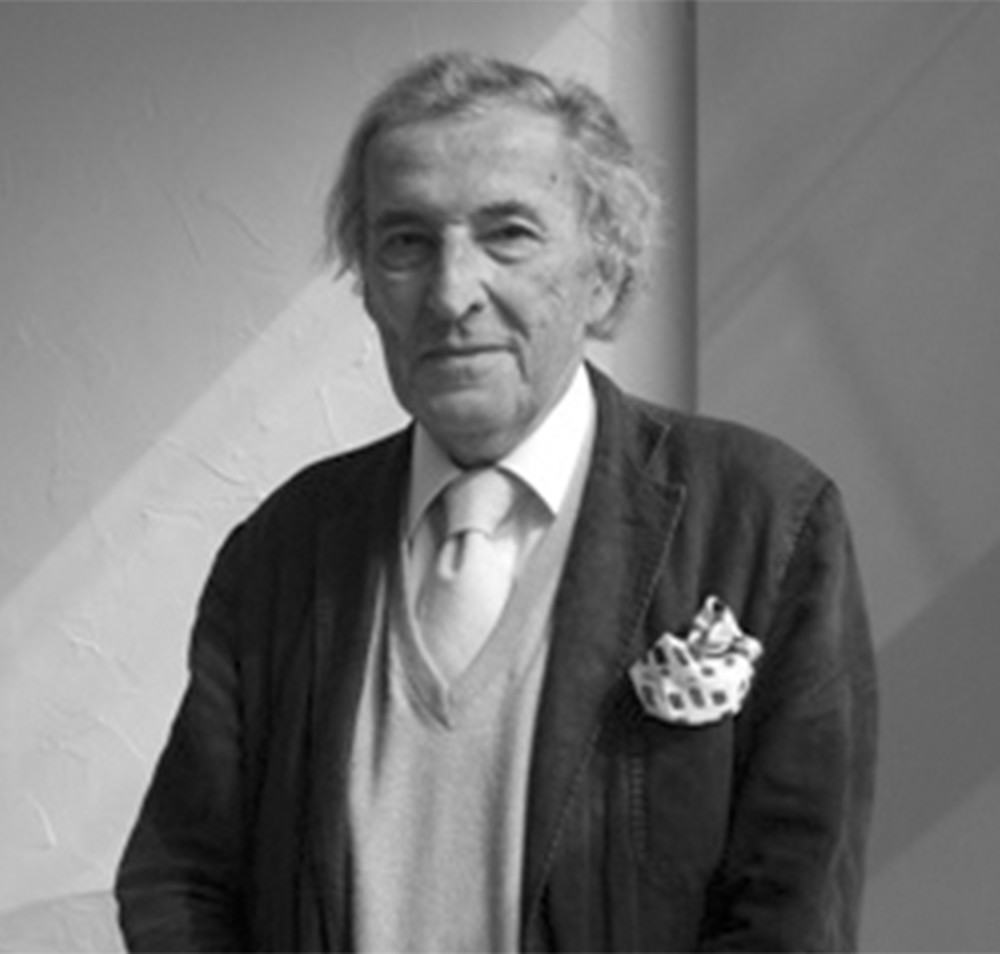 Born in Paris, France, in 1935, Guy de Rougemont attended the National School of Decorative Arts in Paris from 1954 to 1958. Between 1962 and 1964, he was a student at Casa Velázquez in Madrid, due to a scholarship awarded by the City of Paris. After living in the United States in the early 1960s, when his work received growing critical attention, he began to inquire into the ways in which shapes and colours merge with the landscape and the environment, a research that he has always pursued.

Seeking to suppress all boundaries between art-forms, particularly painting and sculpture, Rougemont’s oeuvre makes extensive use of elementary, abstract shapes – from the ellipse to the ever-present cylinder –, painted or coated in bold, vibrant colours. Recently he turned to what he called the “serpentine line”, whose sinuous undulations emphasise or temper contrasts of light and shade. His determination to bring art closer to everyday life has resulted in several public art interventions, such as murals and monumental sculptures, as well as in object design, particularly of furniture.

Guy de Rougemont had his first solo exhibition in New York in 1962. He was often represented in one-man and group exhibitions in France and abroad. He was also a steady presence in outdoor sculpture symposia, and created public art in diverse locations. In addition to Sem Título [Untitled], erected in 2001 during the 6th Santo Tirso International Symposium of Contemporary Sculpture, the 2003 public sculpture created for the Vale de Ordino Path of Sculptures (Andorra, Spain) is another notable example. In 1997, he was appointed member of the Academy of Fine Arts of the Institute of France.