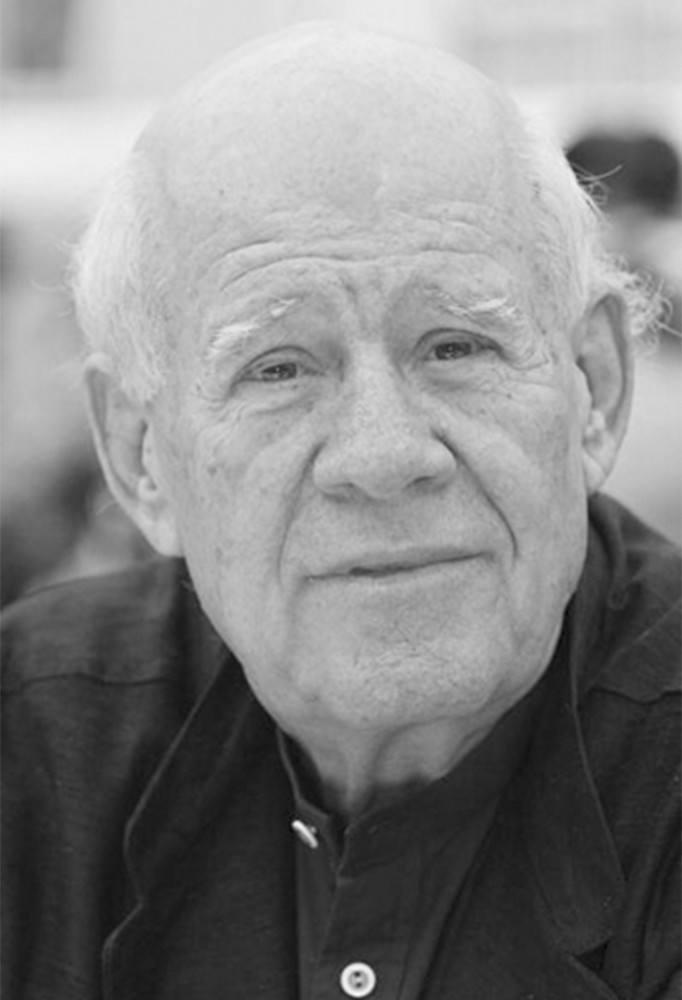 Born in Tel Aviv, Israel, in 1930, Dani Karavan studied painting in Tel Aviv and Jerusalem. In 1956-57 he learned fresco technique at the Florence Academy of Fine Arts, and drawing at the Grande Chaumière Academy in Paris. In 1958, he designed the pavilions to commemorate the 10th anniversary of Israel’s independence. Since then, his work has always shown the artist’s social commitment, especially in connection with exile and collective memory.

In the 1960s he worked as a stage designer for dance, theatre and opera companies, and produced some public art in Israel, wall reliefs in particular. He gained international projection in 1976, when he represented Israel at the 37th Venice Biennale. Since then, he has obtained commissions to create open-air sculptures in several countries, and participated in Documenta 6 and 7 (1977 and 1987), in Kassel, Germany. Karavan’s monumental, though minimalistic, interventions merge with the landscape, as location (including not only its physical characteristics, but historic background too) becomes an essential factor in the final conception of the artwork.

In 2008 he was the recipient of the Magshim (“Implementer”) Award, by the Council for a Beautiful Israel, for excellence in improving the quality of life and of the environment in Israel. Exhibiting solo since 1971, “Dani Karavan – Retrospective” was held at the Nagazaki Prefectural Museum in 2008-9. Some of Karavan’s outdoor sculptures and installations may be found around the world, including Passages – Homage to Walter Benjamin, built in 1990-94 in Portbou, Spain, and the Way of Peace (1996-2000), a three-kilometre line of columns in the old town of Nitzana, along the border between Israel and Egypt.