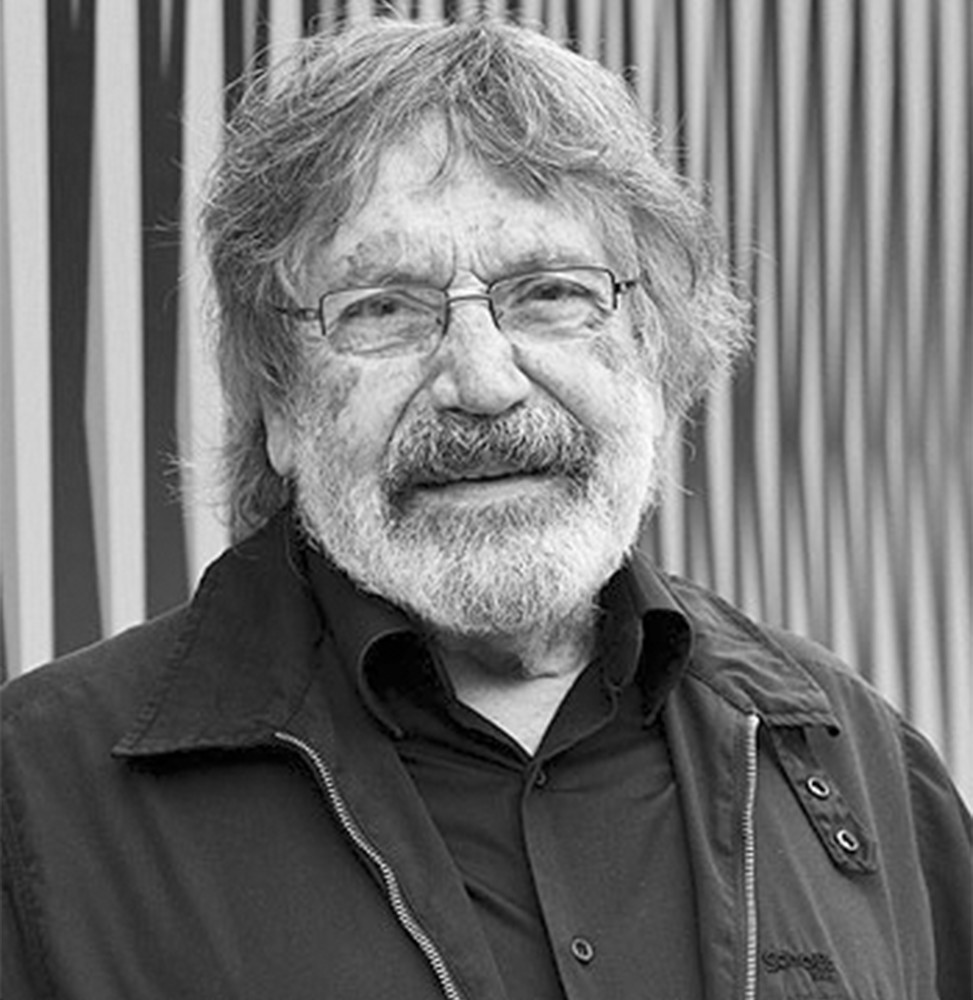 Carlos Cruz-Diez was born in 1923 in Caracas, Venezuela, and in 1940 graduated as an applied arts teacher from the local School of Fine Arts. He has worked as illustrator, graphic designer and creative director for several newspapers, publishing houses and advertising agencies in Caracas. In 1957 he created the Visual Arts Studio, devoted to graphic and industrial design in Caracas, and in 1960 moved to Paris. He has been a teacher in Caracas and in Paris. In 2014 he received an honorary degree from Caracas Central University. Considered as one of the most important 20th-century colour researchers, Cruz-Diez has developed his oeuvre from the kinetic art of the 1950s and 1960s, which he has described as “Arte del Movimiento y Espacio reales” [art of actual movement and space]. All his artistic production, based on permanent research and experimentation, has sought to expand the notion of colour by showing that perception of a chromatic phenomenon does not depend on form. In connection with this topic, Reflexión sobre el color was published in 1989. He has developed eight series – Couleur Additive, Physichromie, Induction Chromatique, Chromointerférence, Transchromie, Chromosaturation, Chromoscope, and Couleur dans l’espace –, each of them comprising works that offer different perspectives of colour behaviour. In 1997 the Carlos Cruz-Diez Museum of Engraving and Design opened its doors in Caracas, and in 2005 the Carlos Cruz-Diez Foundation was created in Houston, USA. Carlos Cruz-Diez’s first solo exhibition dates back to 1947. After that, he represented Venezuela at the 1970 35th Venice Biennale, and had countless solo and group exhibitions in Europe and the Americas. His most important retrospective, “Carlos Cruz-Diez. Color in Space and Time” was held in the Museum of Fine Arts, Houston, in 2011. In 2014 he published his memoires Vivir en Arte. Recuerdos de lo que me acuerdo [Living in Art. Remembrance of What I Can Remember], and in 2015 received the Turner Medal (London).