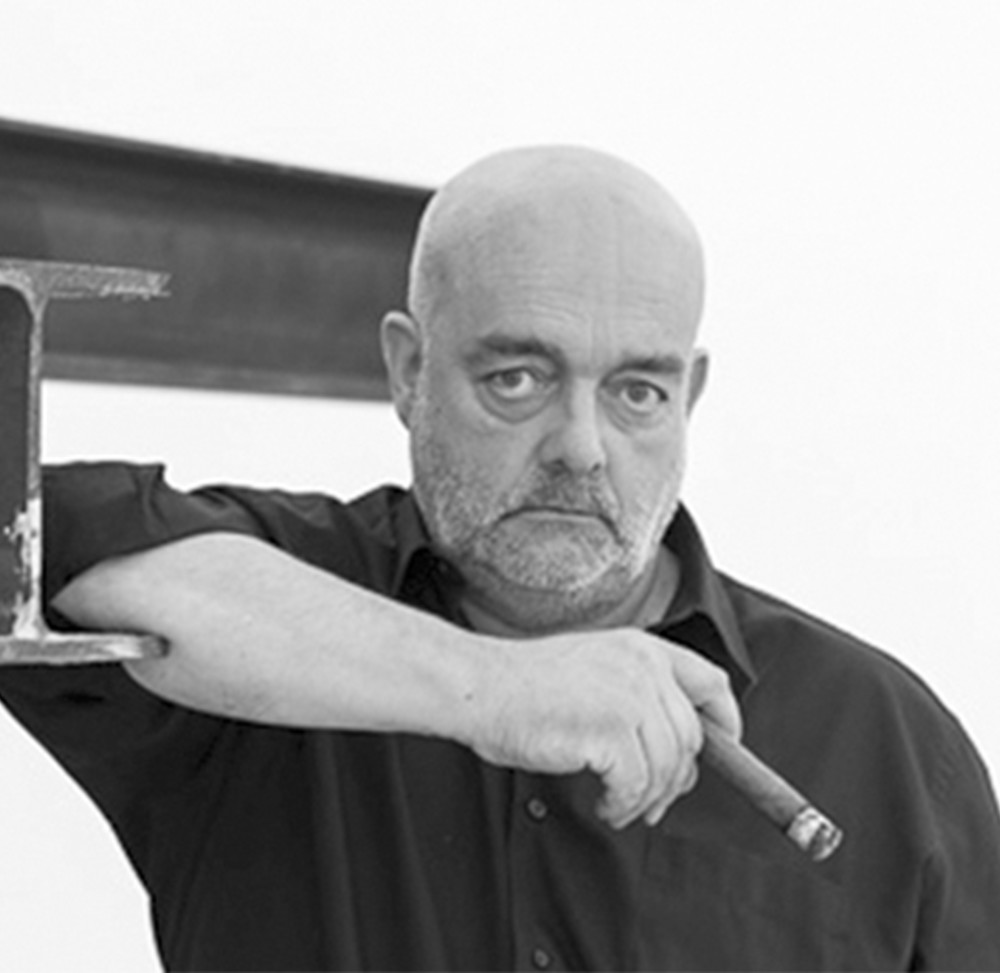 Pedro Cabrita Reis was born in 1956 in Lisbon, where he currently lives and works. He enrolled in the Lisbon Academy of Fine Arts in 1973 to study painting, and had his first solo exhibition in 1981. His work since then has evolved into a complex oeuvre comprising a variety of genres ranging from drawing and painting to sculpture and installation. With an acute sense of space occupation, whether an exhibition hall or outdoor urban and natural landscapes, Reis’s artworks delve into issues related to memory and to construction and architectural processes, by using diverse unsophisticated materials, such as wood, glass, plaster, stone, plastic and metal, sometimes in combination with ordinary household objects. He participated in Documenta 9, Kassel, in 1992, as well as the 21st and 24th São Paulo Biennales in 1994 and 1998, respectively. In 2003, he represented Portugal at the Venice Biennale. Pedro Cabrita Reis has exhibited widely in prestigious Portuguese and foreign art museums and centres, namely “One after another, a few silent steps”, a retrospective that toured Hamburg (2009), Nimes (2010) and Leuven (2011) before being staged at the Lisbon Berardo Museum in 2011, and “States of Flux – Pedro Cabrita Reis”, at Tate Modern, London, in 2011. Following the same guiding principles as the rest of his artistic endeavour, Reis’s public art include, in addition to Uma escultura para Santo Tirso [A Sculpture for Santo Tirso], built for the 6th Santo Tirso International Symposium of Contemporary Sculpture in 2001, Da cor das flores [On the Colour of Flowers], a public sculpture created in 2001 for the Bemposta Dam, and Castelo [Castle], rising at the Contemporary Sculpture Park of Vila Nova da Barquinha (Almourol) since 2012.