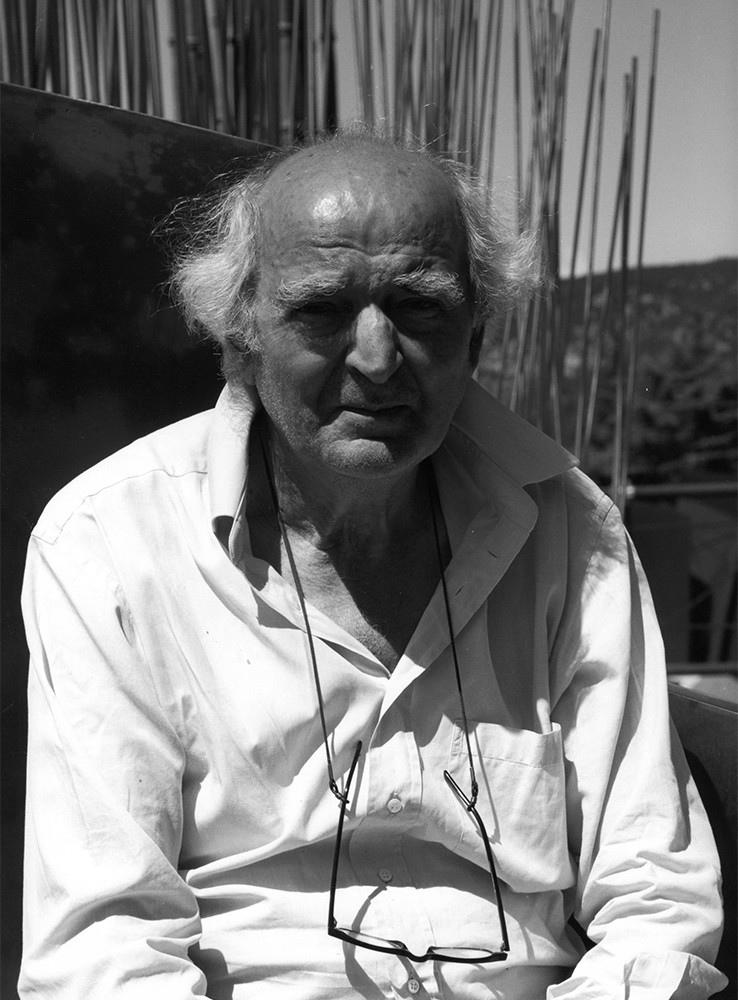 Pino Castagna was born in Castelgomberto, Italy, in 1932, and studied in the Schools of Fine Arts of Verona and Venice. Together with Scottish sculptor Michael Noble and his wife, Ida Borleti, from 1957 and 1963 he designed a creative skill stimulation programme for the mental patients of the Verona psychiatric hospital, as well as directed a ceramics school and workshop in Garda. His growing interest in sculpture was encouraged by frequent visits to Paris and Milan.

In 1969, he moved his workshop to Costermano del Garda, Italy. Since then, Castagna’s work was characterised by constant experimentation with new techniques and materials as diverse as ceramics, aluminium, stone, wood, concrete, strings or tree branches. Each of these offers a new and original expressive possibility, which the artist explored by testing the materials’ plastic potential and pushing their endurance limits.

In addition to his practice as a sculptor, Castagna’s oeuvre encompassed painting and design, as well as public art, fully revealing the architectural and environmental vocation of his work. Remarkable examples of this vocation may be found in Cespo veneziano [Venetian Basket], a steel and Murano glass sculpture rising in the Maria Rosa Molas roundabout in Castellón de La Plana, Spain, since 2002, and the more recent Canyon, created in 2013 for the 9th Santo Tirso International Symposium of Contemporary Sculpture. Since 1959, the date of his first solo exhibit, Pino Castagna’s work was shown in many exhibitions in Italy and abroad, such as the 13th and 42nd Venice Biennales (1981 and 1986, respectively), as well as the retrospectives held in Palazzo dell Albere, Trento, and in Palazzo Té, Mantova, both in 1985.