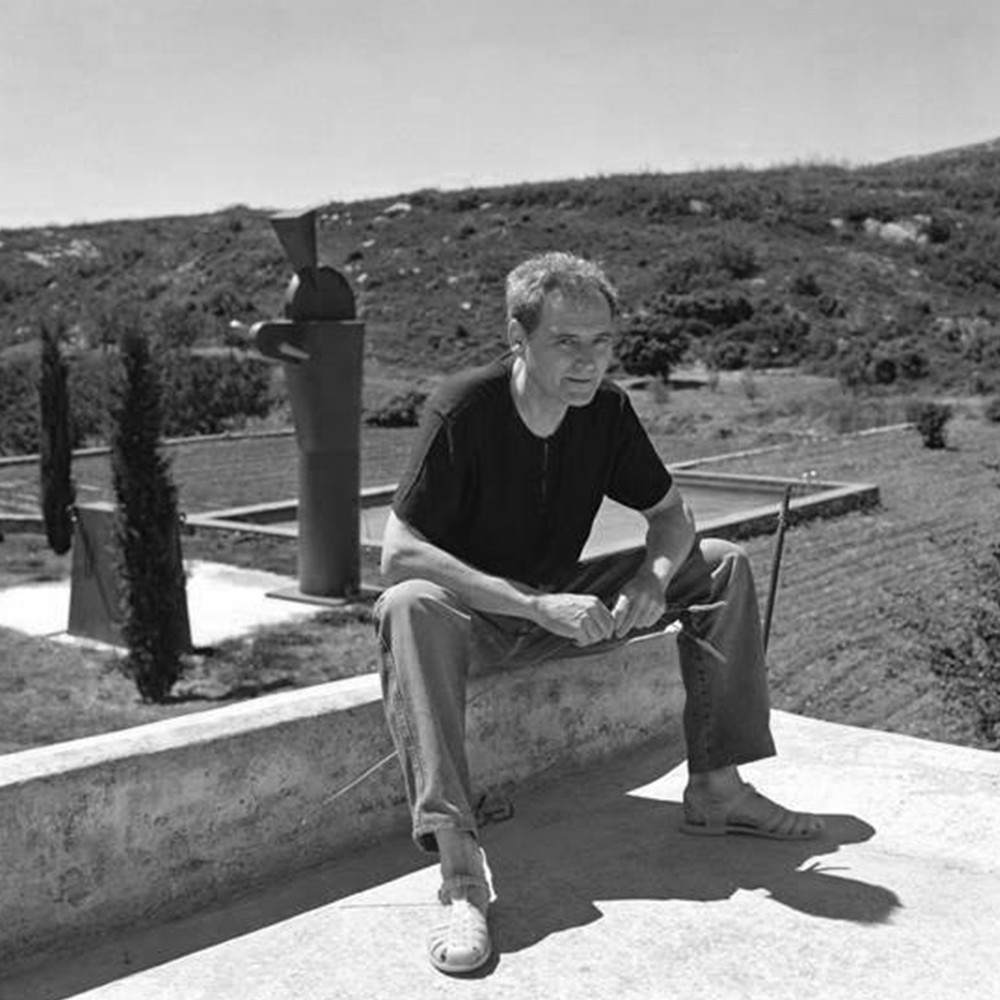 Miquel Navarro was born in the Spanish town of Mislata, Valencia, where he currently lives and works. From 1964 to 1968, he attended San Carlos Academy of Fine Arts in Valencia, where he studied painting. He turned to sculpture in 1972, and in 1973 created the first of his city series, La ciutat 1973-1974. Those first pieces contained all the main characteristics found in his later work: placed on the floor, pedestal-free, they comprise a collection of geometric modules of different shapes, sizes and materials, grouped together in compositions simulating the urban network of streets and avenues, as if they were miniature cities. Initially made from baked clay, in the 1080s these pieces also incorporated metals like iron, zinc and aluminium. Navarro’s cities generate a dialogue between sculpture and architecture, proposing a revision of the notions of space and urban landscape. Following the same ideas lying at the foundation of his entire oeuvre, his public art is usually made up of simple volumes (cylinders, cones, cubes), vertically combined so as to create shapes astride abstraction and representation, establishing a dialogue with the cityscape for which they have been created. After his first individual exhibition in 1972, in 1986 Miquel Navarro received the National Plastic Arts Award by the Spanish Ministry of Culture, as well as represented Spain (along with Ferrán García Sevilla, José María Secilia and Cristina Iglesias) at the 42nd Venice Biennale. Throughout his career, Navarro has been represented in several solo and group exhibitions both in Spain and abroad, such as the 2005 exhibition held at IVAM (Valencia Modern Art Institute), in which he donated more than 500 pieces to this Institute, and “Monumentos y Multitud”, a 2014 solo show staged in Fernández-Braso gallery in Madrid. Some of his public art may be seen in Spanish and European cities, including L’Almassil, built in 2010 for the Mislata main square, or the more recent Casa de Paso [Passageway House], created for the 10th Santo Tirso International Symposium of Contemporary Sculpture, in 2015.