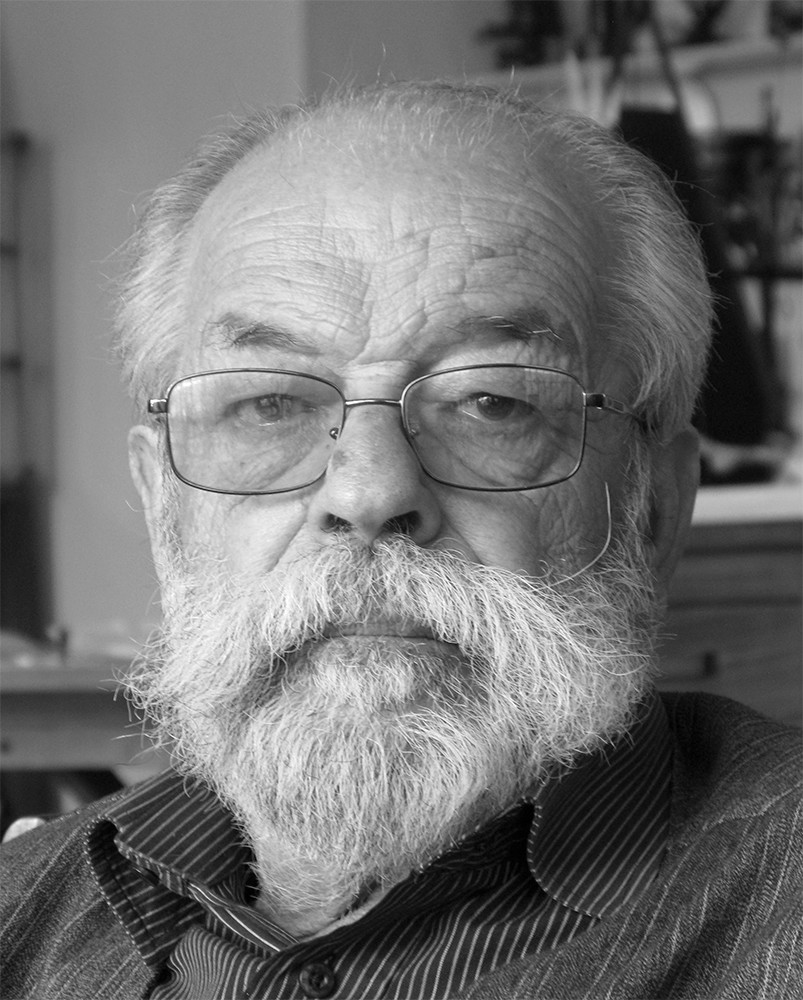 Born in Alcobaça, Portugal, in 1938, José Aurélio studied sculpture at the Lisbon Academy of Fine Arts. In 1970 he opened Ogiva gallery in Óbidos, in operation until 1974. He has lived and worked in Alcobaça since 1980, as well as managed an arts centre, Armazém das Artes – Fundação Cultural, since 2007. Drawing inspiration from literary and poetic texts, Aurélio’s production since 1966 has been mostly focused on sculpture and medal design, which he has taken to a new level of expression. His public sculptures may be found in several Portuguese cities. Choosing materials such as wood, stone, bronze, wire, glass, concrete, and above all painted iron and steel, his aesthetically minimalist sculptures are often made up of geometric shapes and volumes, spatially arranged according to a rigorous discipline aimed at relating to their locations as well as to the viewer, who is challenged to interact with them. He has received several awards and distinctions, such as the title of Commander of the Order of Bernardo O’Higgins, awarded by the Chilean president in the ambit of Pablo Neruda’s Birth Centennial (for which he created Mil Olhos – homenagem a Pablo Neruda [A Thousand Eyes – Homage to Pablo Neruda], a public sculpture in Sintra’s Capuchin Convent), and the title of Commander of the Order of Prince Henry, awarded by the Portuguese head of state in 2006, for his significant public contribution as citizen and artist. José Aurélio has had several one-man and group exhibitions, from his first solo show in 1958, to “Em / Para”, his most recent retrospective, staged in the Lóios Convent and Museum, Santa Maria da Feira, in 2015. Espiral do Tempo [Time Spiral], built in 2009 in Almada, near Lisbon, and his recent piece for the 10th Santo Tirso International Symposium of Contemporary Sculpture, 2015, are but two examples of Aurelio´s long career as a public sculptor.