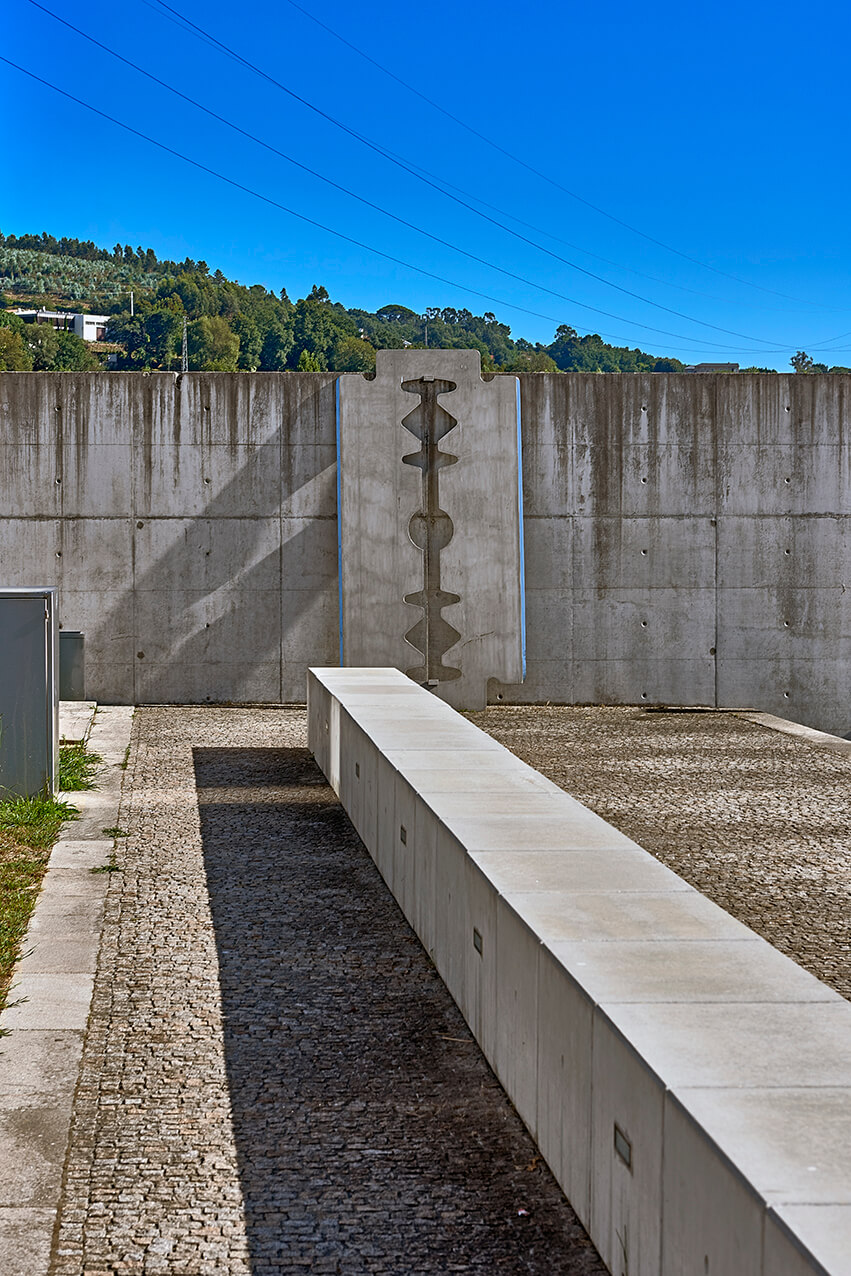 Mainly a sculptor, Philippe Perrin’s practice also extends to photography and drawing; his subject matters are taken from the urban suburbs — rap, boxing and gangster aesthetics —, as well as from detective stories and police action movies. He is particularly well-known for his objects of gigantic proportions (mostly guns, but also pocket knives, razorblades, rosaries, rings and barbed-wire crowns), which lose their original purposes as their formal beauty is emphasised by Perrin’s meticulous work.

Razorblade extends Perrin’s strategy to public sculpture, as this piece echoes some of Pop sculpture’s aesthetic options in the 1960, in which trivial household objects are monumentalised through scale enlargement, in order to become oddly seductive icons. In this particular case, that transformation is stressed by the sculpture’s prosaic location and position.

Philippe Perrin’s selection of subject matter, however, follows very particular criteria. The objects chosen by the artist usually include instruments connoted with violence and vandalism, as well as with religion, especially the notions of sacrifice, penitence, or any type of bodily or spiritual self-denial. Thus, Perrin urges us to “walk on the razor’s edge” and therefore face the most fundamental aspects of the human condition — violence, religion, war, suffering, and death, but also (and not altogether unrelated to the former), passion, pleasure and love.