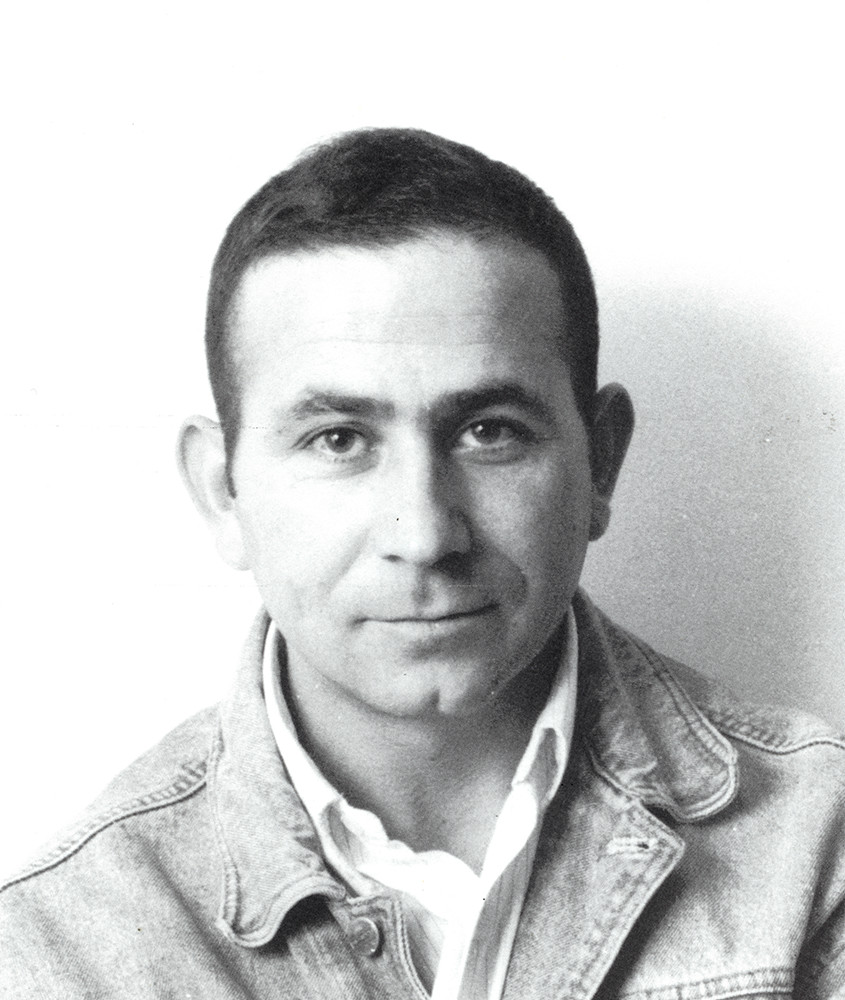 Manolo Paz was born in Pontevedra, Spain, in 1957. In 1978-79 he attended Mestre Mateo School of Arts and Crafts in Santiago de Compostela, and from 1980 to 1990 he taught sculpture at the Poio Stonemasons’ School, Pontevedra. With a scholarship granted by Unión Fenosa for Artistic Creation Abroad, he lived and worked in New York between 1992 and 1994, after having already visited that city in the 1980s. Focusing mainly on stone sculpture, particularly granite, in 1986 he started to combine stone, wood and, particularly after his stay in New York, metal. Most of his pieces around that time were site-specific, giving up the plinth and exploring the relationship between the piece and its environment, whether enclosed place or open nature. He has had exhibitions since 1979, as well as participated in several group exhibitions and sculpture symposia and biennales. Especially noteworthy among his most recent exhibitions are “Manolo Paz: La distancia que nos une”, a one-man exhibit at the Spanish Cultural Centre, Casa do Soldado, Panama, and “Auga Doce”, a group exhibit at the Gaiás Museum Centre, Santiago de Compostela, both held in 2014. Paz’s public art projects include Menhires por la Paz [Menhirs for Peace], built in 1994 for the public sculpture park next to the Hercules Tower in A Coruña, Spain, or Menhir, 2011, located in the roundabout leading to the Santiago de Compostela airport. In 2011, he was appointed permanent member at the Royal Galician Academy of Fine Arts of Nosa Señora do Rosario (sculpture section). That year he was also the recipient of the Galician Culture Award for Plastic Arts and of the Ramón Cabanillas Prize awarded by the Municipal Council of Cambados. In 2010, he opened the Manolo Paz Foundation for Contemporary Art in a building next to his hometown workshop, with the aim of developing a sculpture museum devoted to the advancement of research, knowledge and dissemination of his oeuvre and of contemporary art in general.