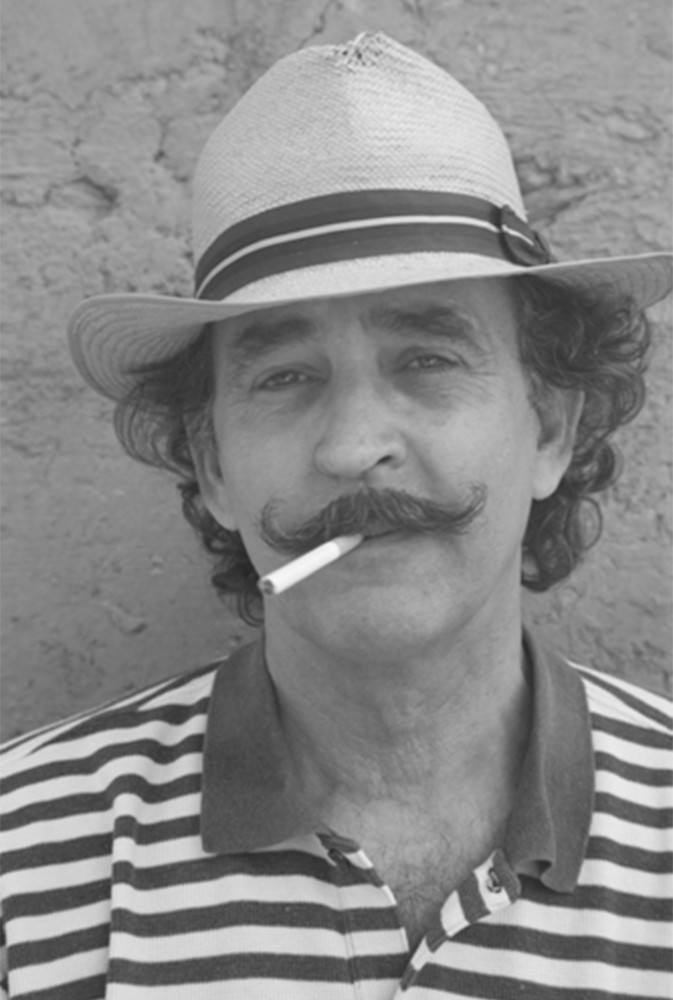 António Campos Rosado was born in Lisbon in 1952. In 1977 he completed a BA programme in Fine Arts at the Bath Academy of Arts, United Kingdom. Also in 1977 he participated, together with Joseph Bueys, in Documenta 6, held in Kassel, Germany, as well as in the Free International University created by Bueys – a not for profit university intended to generate new political, social, economic and environmental models based on the socialisation of art and culture. In 1979, he worked with João Cutileiro in an intensive course on stone carving using power tools. From 1984 to 1987, he won a Fulbright scholarship and obtained an MA on Fine Arts – Sculpture at the School of the Art Institute of Chicago, USA. Campos Rosado’s work has been represented in solo and group exhibitions since the early 1980s, as well as in sculpture symposia, such as the 1981 International Symposium of Stone Sculpture – Evora 81 and the 1st Santo Tirso International Symposium of Contemporary Sculpture held in 1991. Despite his initial training as a sculptor, he has lately devoted himself to cultural management. He was the head of the Art Theory and History Department of Ar.Co – Art and Visual Communication Centre in Lisbon. From 1994 to 1998, he ran the thematic pavilions of Expo’98, to which he designed an urban art programme along with architects Manuel Salgado and Vassalo Rosa, and from 1999 to 2002 he was responsible for programming, curating, producing and organising the exhibitions staged at the Portuguese Pavilion. In 2006-07 he was the director of the Exhibition Centre in Belém Cultural Centre.