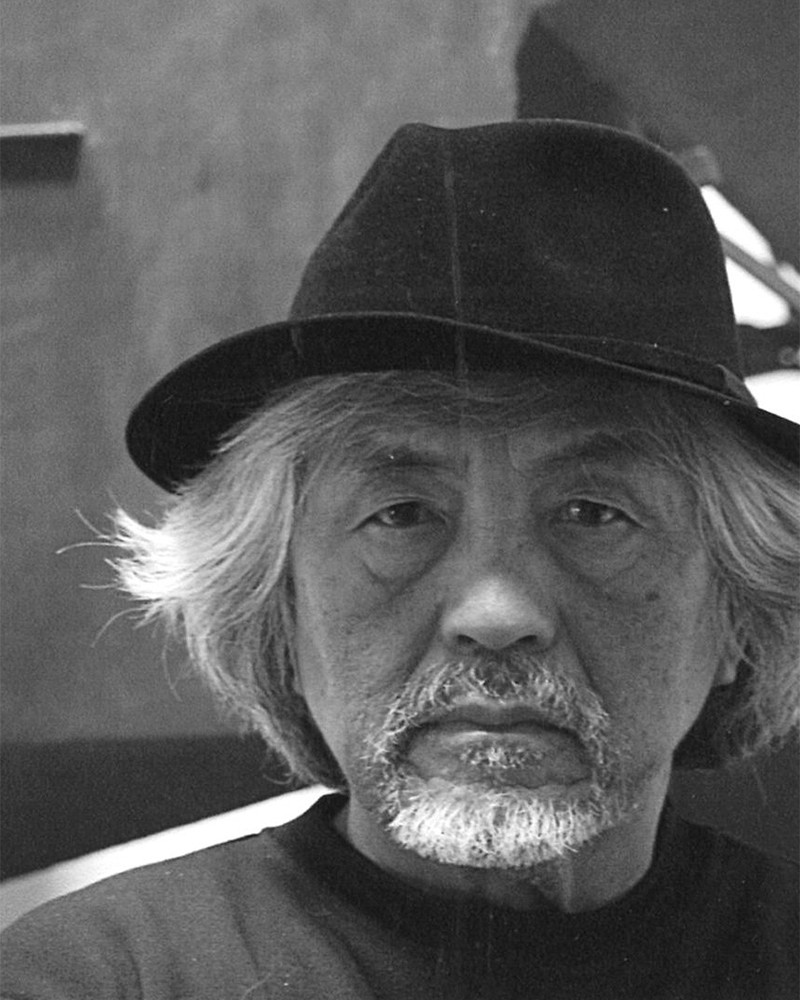 Born in Tokyo in 1937, Kishida Katsuji has lived and worked in Paris since 1970. From 1959 to 1963 he was enrolled in the Musashino Academy of Fine Arts in Tokyo. In 1967 he was awarded the Grand Prize at the contemporary Japanese sculpture exhibition organised by the Ube museum of open-air sculpture. Katsuji’s coherent, rigorous production has been focused on non figurative sculpture, whether monumental or unimposing. Made of painted and unpainted metal, especially steel, Kishida’s sculptures are based on loosely interpreted geometric (usually ovoid) shapes, and built through intricately articulated surfaces creating volume. This articulation device conceived by the artist gives his pieces a light, airy appearance, revealing his pervading concern with the inside/outside dichotomy. If at all painted, his sculptures are mostly red, a colour he associates with earth, rust and therefore the passage of time. Kishida Katsuji’s first solo exhibition was held in 1964. Since then, his work has been represented in many solo and group shows both in Japan and in Europe, such as “Jardin de Sculptures”, a 2014 retrospective held in the museum of Maison d’Elsa Triolet et Aragon, in the French town of Saint-Arnoult-en-Yvelines. He has created public sculpture for several open-air sculpture symposia, like Oeuf du vent [Wind Egg], built in 2012 for the 9th Santo Tirso International Symposium of Contemporary Sculpture.