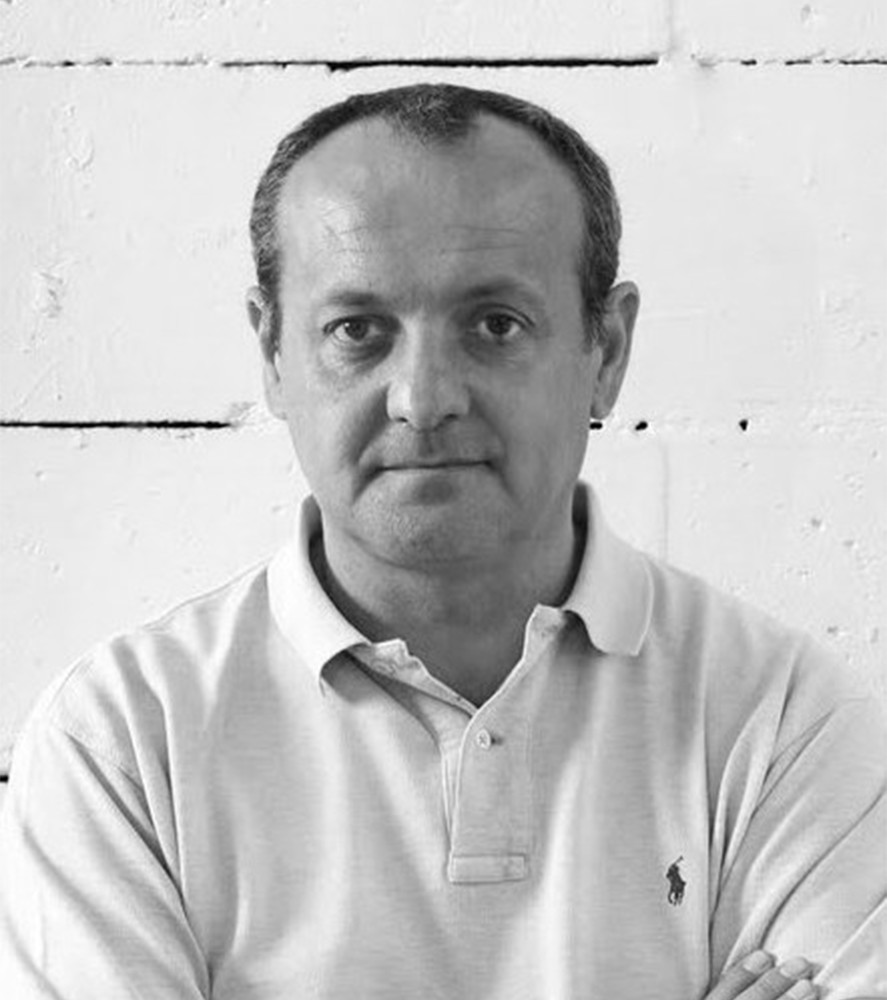 Born in Porto in 1957, José Pedro Croft attended the Lisbon Academy of Fine Arts from 1976 to 1981. Though initially trained as a painter, he started to produce stone sculptures in the 1980s — faintly figurative pieces reminiscent of funerary art —, under the influence of sculptor João Cutileiro, with whom he collaborated. In the late 1980s he began to use gesso and bronze to create household utensils (especially bowls) and small solids. In the 1990s, he stopped using stone altogether and introduced objects like tables and chairs, as well as materials such as transparent glass, mirrors and bronze. Through simple shapes and economy of means, Croft’s work manages to deconstruct familiar objects, as well as questions spatial relationships through contrasting concepts like inside vs. outside or weight vs. volume, and bringing the environment and viewer participation into play. His first one-man exhibition took place in 1983, having participated in several solo and group shows both in Portugal and abroad. He represented Portugal in the 46th Venice Biennale in 1995; in 2002 a retrospective of his work was shown at Belem Cultural Centre in Lisbon. José Croft has also paid considerable attention to public art, which earned him the 2001 Tabaqueira Public Art National Award. In addition to Escada [Ladder], created in 1997 for the 4th Santo Tirso International Symposium of Contemporary Sculpture, he produced a public sculpture for Jardim dos Coruchéus, a public garden in Lisbon, in 2010. He lives and works in Lisbon.