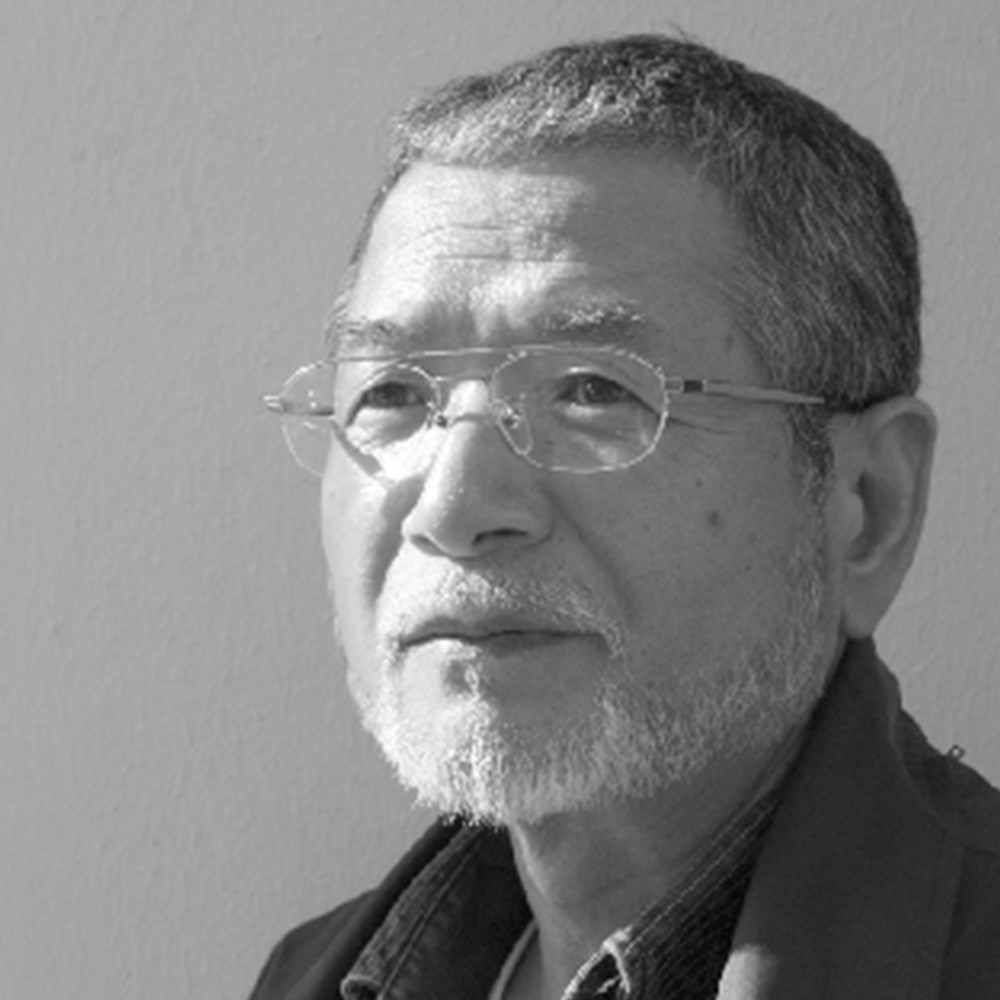 Satoru Sato was born in Ishinomori, Miyagi, Japan, in 1945. In 1969 he graduated from the Toyo Art School, Tokyo, where he worked as graduate assistant. Also in 1969, he became a student at the Paris Academy of Fine Arts, where he was coached by Gustave Singer until 1974. From 1991 to 2007 he lectured at the University of Paris VIII. In the 1970s, Sato produced geometric, constructivist paintings, which in 1979 evolved into a reflexion on verticality, a notion permeating most of his work. Sometime along the 1980s he stopped using canvas and introduced diverse materials, like wood or plexiglass, to create reliefs keeping the verticality and geometrism of previous pieces. The artwork’s integration into its environment has been one of the artist’s major concerns, as shown by some of his granite outdoor sculptures. His first solo exhibition dates back to 1966, having participated in many one-man and group exhibits in several countries, such as the recent “Les Espaces de Satoru”, staged at Wagner Gallery in Paris, in 2015. He has participated in a number of outdoor sculpture symposia and produced monumental works around the world, such as Sol, Lua e Vento [Sun, Moon and Wind], built in 1997 during the 4th Santo Tirso International Symposium of Contemporary Sculpture, and a more recent public sculpture built in Wadgassen, Germany, in 2010. The Satoru Sato Art Museum opened its doors in 2007, containing Sato’s permanent collection as well as pieces by artists he has met throughout his career in Paris.