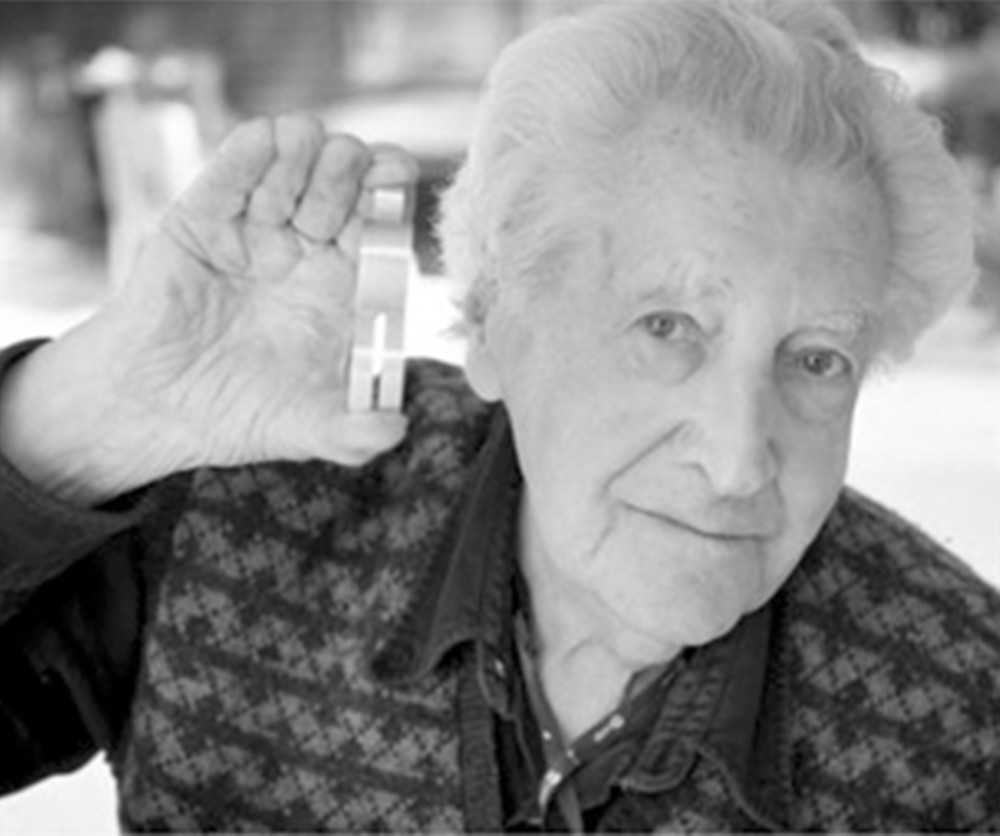 Born in Antwerp, Belgium, in 1925, from 1945 to 1951 Paul Van Hoeydonck studied History of Art and Archaeology in his home town. Self-taught artist, his work quickly developed from the still life to geometric abstraction, in which colour and collage played a key role, particularly in the early 1950s. After 1955-56 he produced monochromatic collage, usually white reliefs, followed in the late 1950s by his first pieces featuring small plexiglass structures. In the 1960s he incorporated readymades, as well as combined drawing and photography. Human interaction with space, a particular interest in the moon and a fascination with technology and the future are central concerns, as shown by his subject matters as well as by his use and appropriation of materials and objects. Van Hoeydonck authored the first work of art ever to be taken to outer space, Fallen Astronaut, officially placed on the surface of the moon in 1971 by the crew of Apollo 15. In 1958 he co-founded the G58 group, working and exhibiting in the Hessenhuis building, Antwerp, where he co-organised the important exhibition “Vision in Motion – Motion in Vision”. Though he had already had a one-man exhibition in 1952, featuring figurative paintings, his first significant solo show took place in 1961. Since then, he has been represented in a great number of solo and group exhibitions in Europe, Japan and the United States. Especially worthy of note is “Paul Van Hoeydonck: The Abstract Works”, a retrospective staged at FeliXart Museum, Brussels, in 2011. In 1962, he was guest of honour at the 31st Venice Biennale, and in 1964 he participated at Documenta III, Kassel. He has regularly contributed to outdoor sculpture symposia, creating pieces that reflect the concerns shown in the rest of his oeuvre, like the monumental robots built in 1990 for Parque de las Naciones, Madrid, or Le non d’un fou se trouve partout [A fool’s failure is found everywhere], created during the 4th Santo Tirso International Symposium of Contemporary Sculpture in 1997.