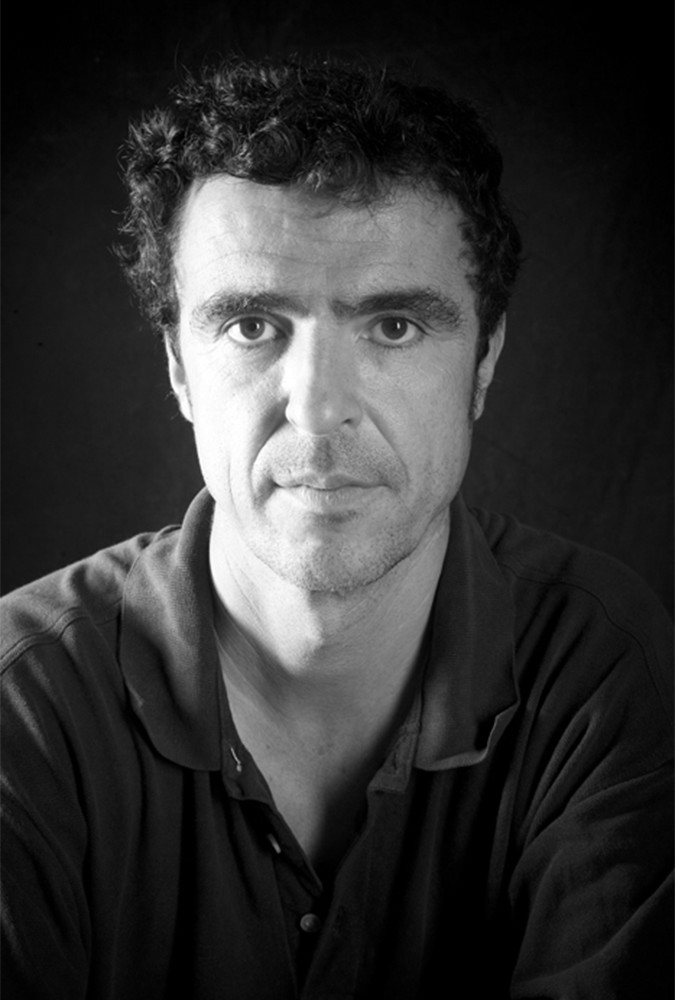 Denis Monfleur was born in the French town of Périgueux in 1962, and currently lives and works in Fontenay-sous-Bois, also in France. He was coached by sculptors José Subirà-Puig, Dietrich Mohr and Marcel Van Thienen. He prefers hard materials like granite and basalt to produce either monumental or smaller sculptures by direct carving. His massive, enigmatic pieces represent large bodies or heads, whose expressive figuration engages the viewer. The expressionistic side of Monfleur’s posing sculptures may be recognised through patterns and grooves made on the stone as well as through the stroke marks left on the surface. Since his first individual exhibition in the late 1980s, Denis Monfleur has been a steady presence in solo and group exhibitions held in France and abroad, such as “Denis Monfleur à Coubertin. Sculptures”, at the Courbetin Foundation Museum in Saint-Rémy-lés-Chevreuse, France, in 2012, and “Denis Monfleur. Granit et basalte”, his most recent one-man show, held at L’arc gallery in Le Creusot, France, in 2015. He has created outdoor sculpture in the ambit of sculpture biennales and symposia, including Atlante del Cerro [Atlas on the Hill], a monumental sculpture built in Uruguay in 2014, and the piece created for the 10th Santo Tirso International Symposium of Contemporary Sculpture in 2015.