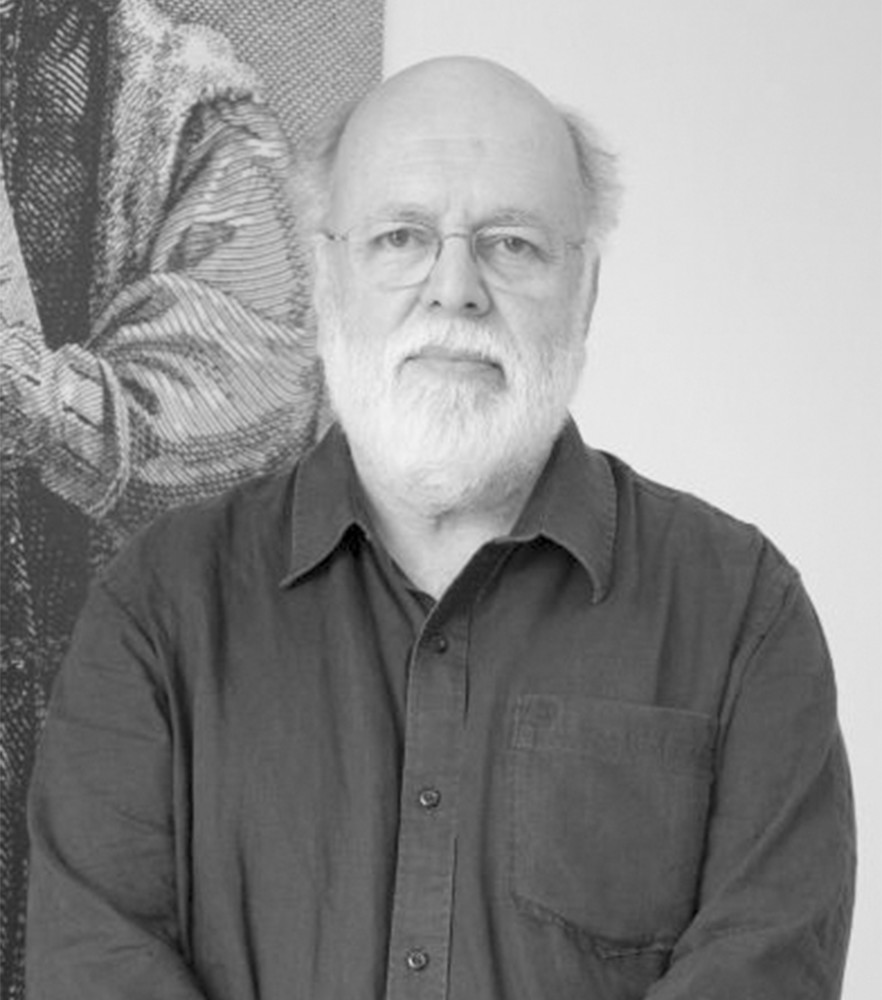 Born in Mozambique in 1947, Carlos Nogueira studied sculpture at the Porto Academy of Fine Arts, and sculpture at the Lisbon Academy of Fine Arts. His multidisciplinary endeavour extends to drawing, painting, performance and sculpture, in addition to his collaboration on architecture projects. Interested in natural materials and phenomena, as well as in subject matters and shapes rooted in primordial cultural memories and rituals, he has delved into the relationships between construction and legacy, architectural vs. natural spaces. Using wood, stone, iron and glass as his materials of choice, Nogueira’s pieces speak about the home and the road, usually calling the inhabitable space into play and blurring the line between inside and outside. Since his first one-man exhibition in 1978, Carlos Nogueira has been featured in several solo and group exhibitions. He represented Portugal in the 1986 Venice Biennale, as well as in the 1996 Architecture Triennale of Milan and the 2004 Riga Sculpture Quadriennale. In 2013, the Modern Art Centre of the Calouste Gulbenkian Foundation organised “O Lugar das Coisas”, a retrospective exhibition. Following the same guiding principles, particularly the notion of space, as the rest of his sculptural production, Nogueira’s public art includes, in addition to Casa comprida com árvore dentro [Long house with tree inside], built for the 9th Santo Tirso International Symposium of Contemporary Sculpture (2013), Beyond the very edge of the earth, made for the gardens of the University of Brighton (1999), and Casa quadrada com árvore dentro [Square house with tree inside], built for the Contemporary Sculpture Park of Vila Nova da Barquinha (Almourol, 2012).