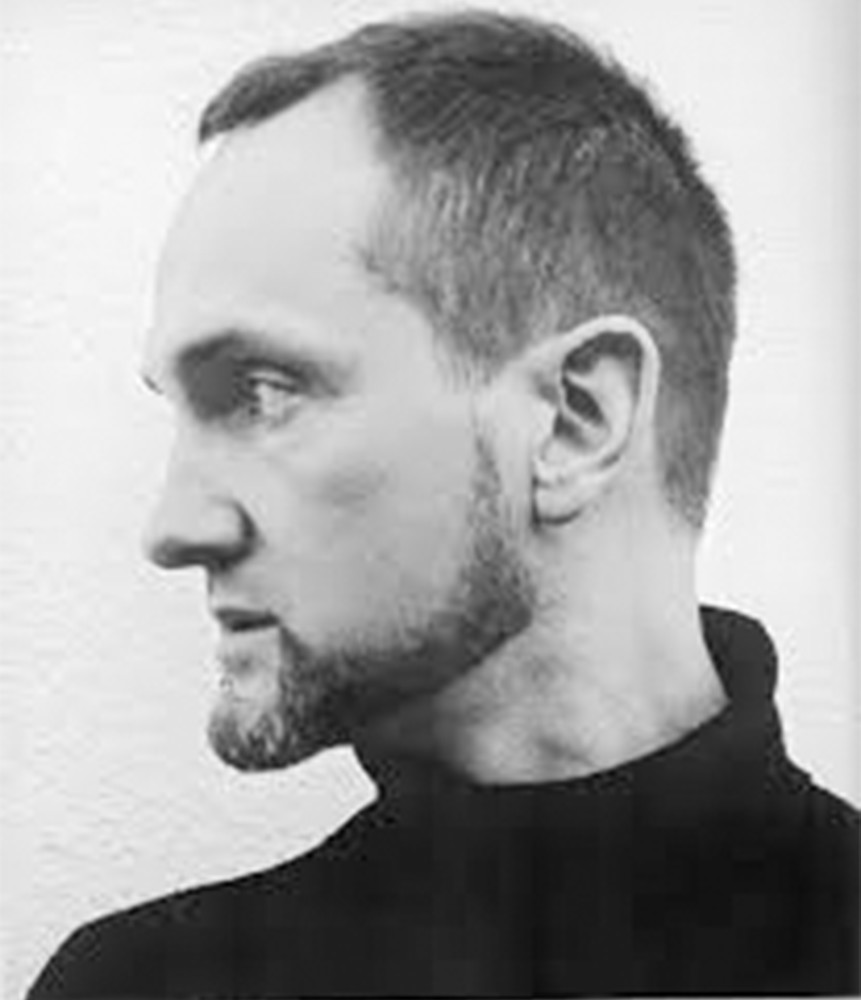 Rui Chafes was born in Lisbon, Portugal, in 1966. From 1984 to 1989 he attended the Lisbon Academy of Fine Arts, and after graduation went to Germany, where he was coached by Gerhard Merz at the Dusseldorf Arts Academy in 1991-92. That stay sparked his interest in German culture, particularly German art and literature — he has translated Novalis’s Fragments into Portuguese, which he often quotes. Initially using short-lived materials, such as wood, reed or plastic, he created ephemeral installations like the piece found at his first solo exhibition, Pássaro Escondido [Hidden Bird], held in Lisbon’s Galeria Leo in 1986. Around 1987, however, he started using black painted iron, which has become his only material of choice. The ambiguity of matter and form conferred by the apparently light and organic shapes taken by iron is one of the main and most distinctive characteristics of his work. Other constants may yet be identified in his oeuvre, such as the importance of his pieces’ titles (often pointing to the artist’s personal universe), the relevance of the site where his work is to be located and the relationship between each piece and the surrounding natural environment. Therefore, Chafes carefully examines the space, whether a gallery, museum hall or part of a landscape, as well as the way in which the piece “sits” in it. He has made several outdoor sculptures, of which Sem o teu nome [Without your name], built in 1996 for the 3rd International Symposium of Contemporary Sculpture, is but one example. In 1995 Rui Chafes represented Portugal at the Venice Biennale (along with José Pedro Croft and Pedro Cabrita Reis), and in 2004 he was at the São Paulo Biennale presenting Comer o Coração [Eating the heart], a project in collaboration with Vera Mantero. Among his vast number of solo exhibitions, held both in Portugal and abroad, it is worth pointing out “Durante o Fim”, staged at the Sintra Modern Art Museum of Pena National Palace (Sintra, 2000), as well as “O peso do Paraíso”, his first retrospective, at the Modern Art Centre of the Calouste Gulbenkian Foundation, 2014.