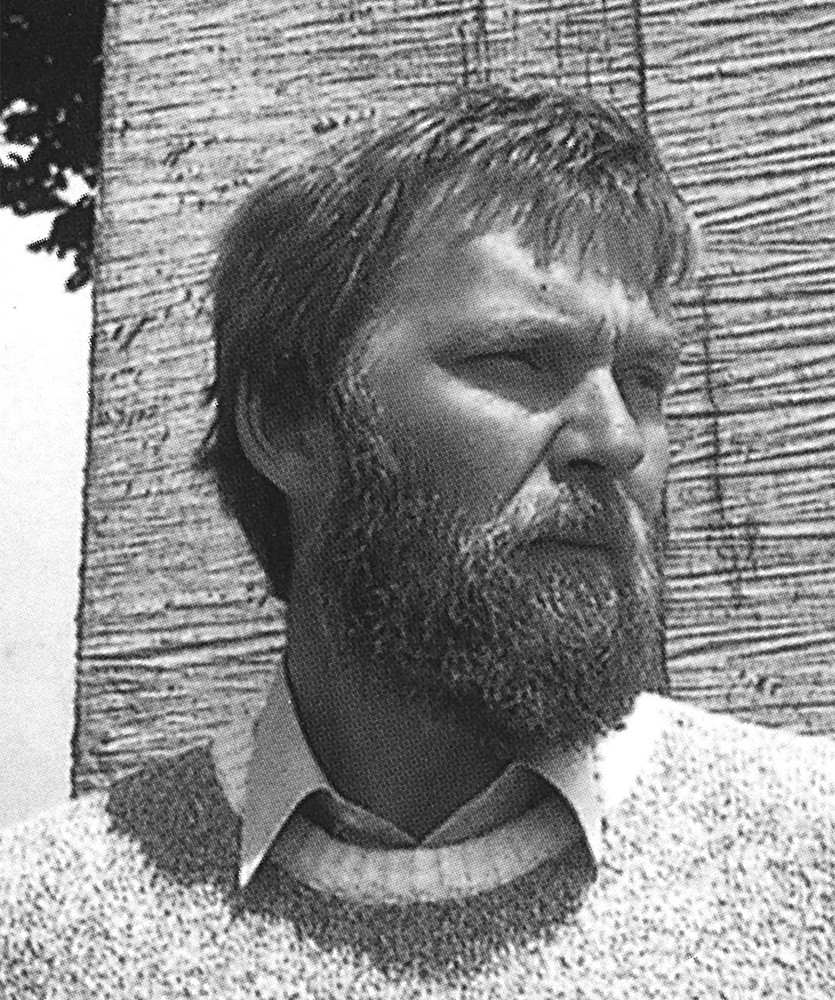 Michael Warren was born in Dublin, Ireland, in 1950. He attended Bath Academy of Art in England in 1969-70. In 1970-71 he was a Psychology, Philosophy and English student at Trinity College, Dublin. From 1971 to 1975, he studied at the Brera Academy of Fine Arts in Milan, Italy. His oeuvre mostly consists of site-specific, large-scale sculptures employing materials such as wood, stone, metal or concrete, left as close as possible to their natural states. Though massive, Warren’s sculptures are marked by fineness of structure, usually in tune with the underlying history of each site, which the artist explores as an essential element in the design of the piece. He intends his public sculptures to make an impact on both the surrounding landscape and viewers. Bringing his sculptural practice close to architecture, Warren has frequently collaborated with architects to carry out outdoor projects; in 2012 he was awarded honorary membership of the Royal Institute of the Architects of Ireland, Dublin. Warren’s work has been represented in a great number of group and, since 1980, solo exhibitions. One of the most recent among the latter is “Those Who Go / Those Who Stay”, staged at the Limerick City Gallery of Art, Ireland, in 2014. His public sculptures may be found in several countries in Europe, the United States and the Far East, such as Antigone, built in the Seoul Olympic Park for the 24th Olympics held in Korea, Cloch na gCoillte (2013), located in Clonakilty, County Cork, Ireland, and, of course, Trade Winds, made in 1996 for the Santo Tirso 3rd International Symposium of Contemporary Sculpture.