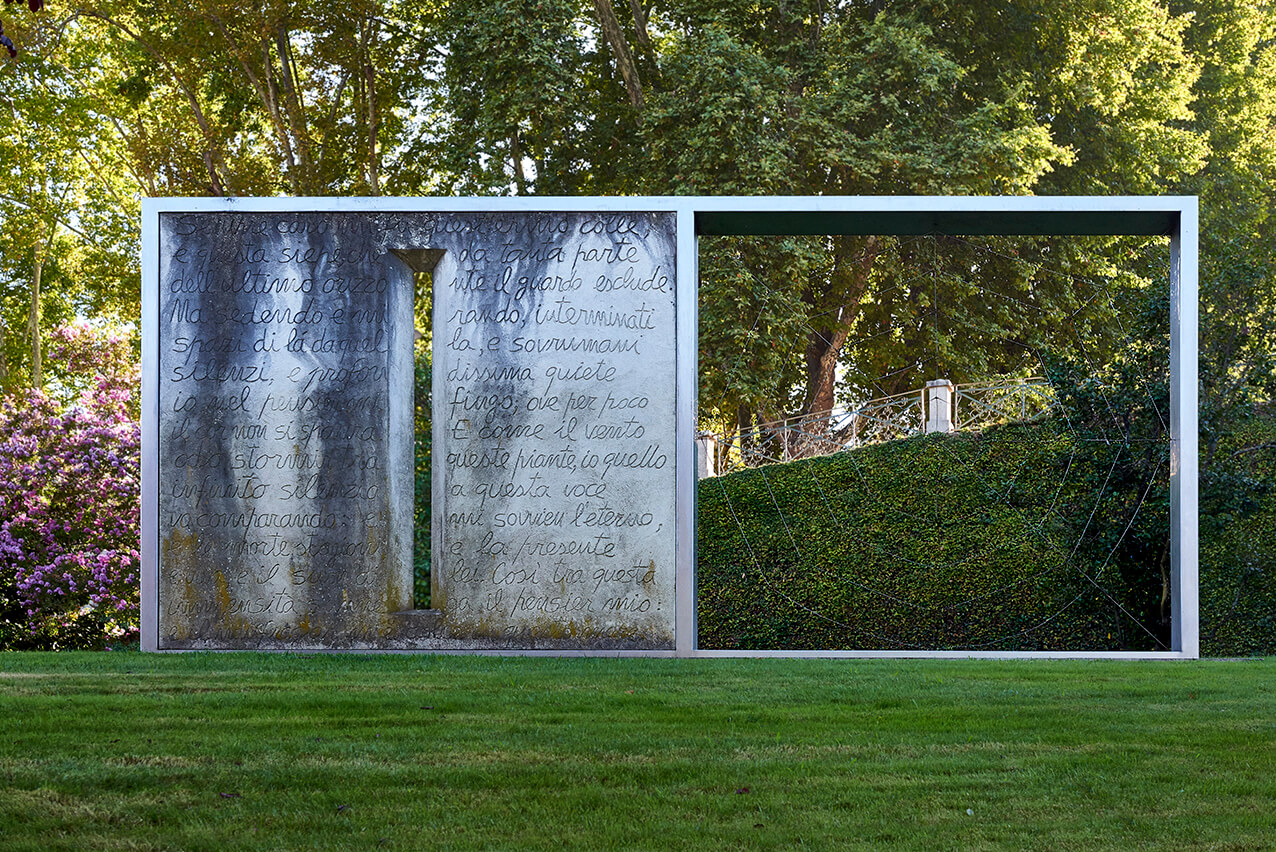 The bulk of José Barrias’ work is a reflection of the artist’s own duplicity, oscillating between lasting quietude and permanent disquiet. Describing himself as “living in the interstices”, this Portuguese artist has developed visual narratives that combine a plethora of discourses and genres — from drawing, painting, photography and installation to visual writing and object collection, they retrace the paths of personal and cultural memory, and reveal their umbilical relationships with literature and cinema.

Settled in Milan since the late 1960s, it was in 1971 that José Barrias began to reconfigure his practice as a kind of cinematographic journey, made up of short- and medium-length films, articulated as particular episodes within an overarching “feature film”. This approach was above all a methodological strategy, which allowed the artist to work on (mostly) open cycles with inter-crossing influences.

Of very simple geometry, O infinito [The infinite] develops from a partially buried rectangular structure divided into two square sections. The piece suggests a dialogic tension between, on the one hand, an octagonally-shaped, steel wire net resembling a spider web, and, on the other, an inscrutable text in Italian written (or drawn?) directly on concrete. From the lightness and transparency of the geometric web embedded in the structure, to the opaque density of the writing, this is another episode of Barrias’ artful “cinematographic” journey, permanently restating and rephrasing the words of Umberto Eco: «people tell stories, and have told stories from the beginning of time», in their attempts at «giving sense to the chaos of experience».