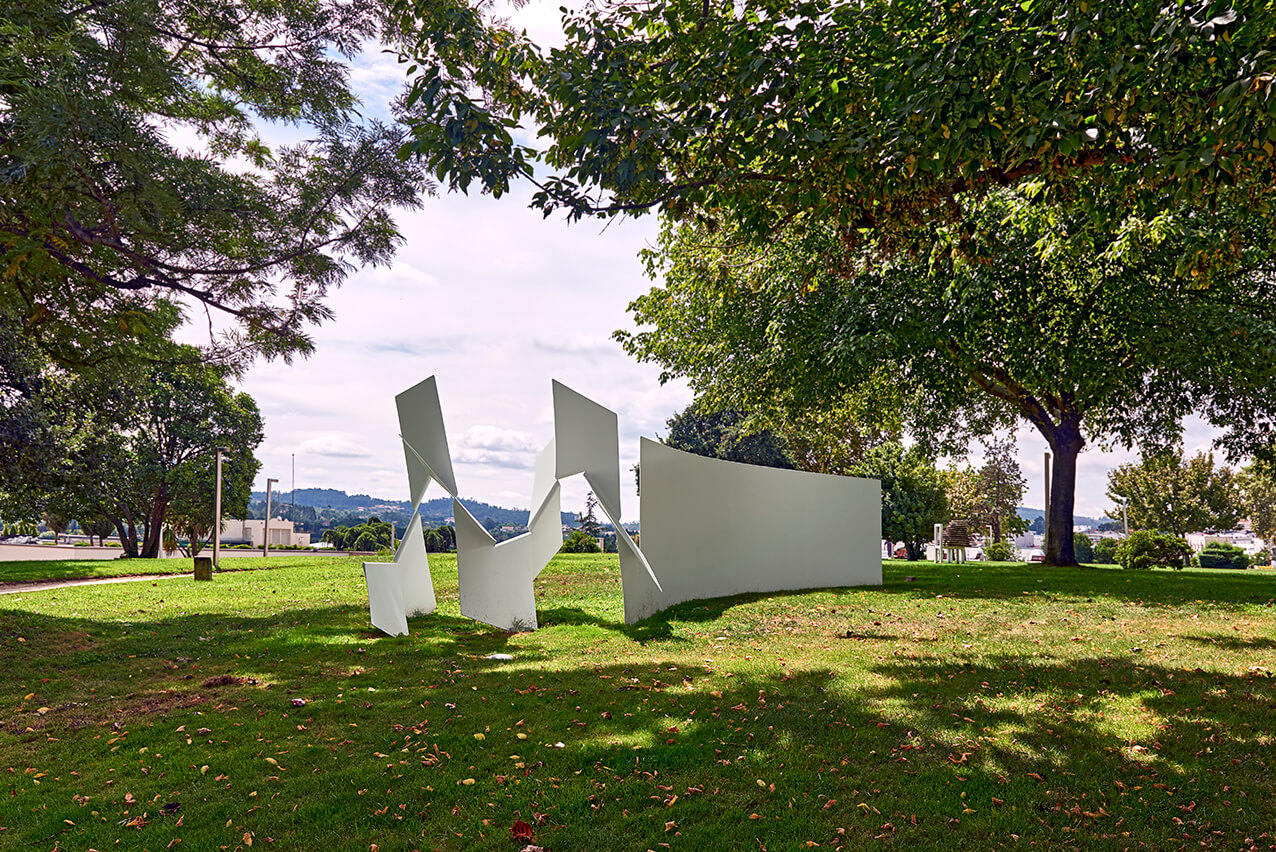 Ângelo de Sousa’s vast and comprehensive oeuvre has earned him a place among the main 20th-century Portuguese artists, as he is one of the few on an equal standing with the most important contemporary artists in the international art scene.

Though initially a painter, his artistic endeavour encompassed other art-forms, such as sculpture, drawing, filmmaking and photography, incorporated as experimental approaches to different techniques and subject matters, taking place intermittently along his career.

Despite this surprising diversity, some features remained constant throughout his life, revealing Sousa’s capacity for change without betraying the essential nature of his practice: preference for abstraction over representational elements, economy of means, shapes and colours, and the recourse to the art series as a means to explore possible variations on a single theme or idea, such as his sculptures made of folded and painted metal sheets or plates, as illustrated by the piece built for the 3rd Santo Tirso International Symposium.

By employing different scales and materials, this untitled piece revisits some domestic, spontaneous experiences of the 1960s and 1970s, made from folded and cut-out paper (often using unusual materials, like the protective foil of cigarette packs), thus exploring plane transpositions into three-dimensional sculpture-related forms, as well as spatial drawings of great fluidity and simplicity.

Doing justice to the proverbial conviction that matter is always right, Ângelo de Sousa’s sculptures resulted from a deep knowledge of the plastic potentials of his materials, as his free, ever-inquisitive spirit never ceased experimenting with ideas, forms and matter.