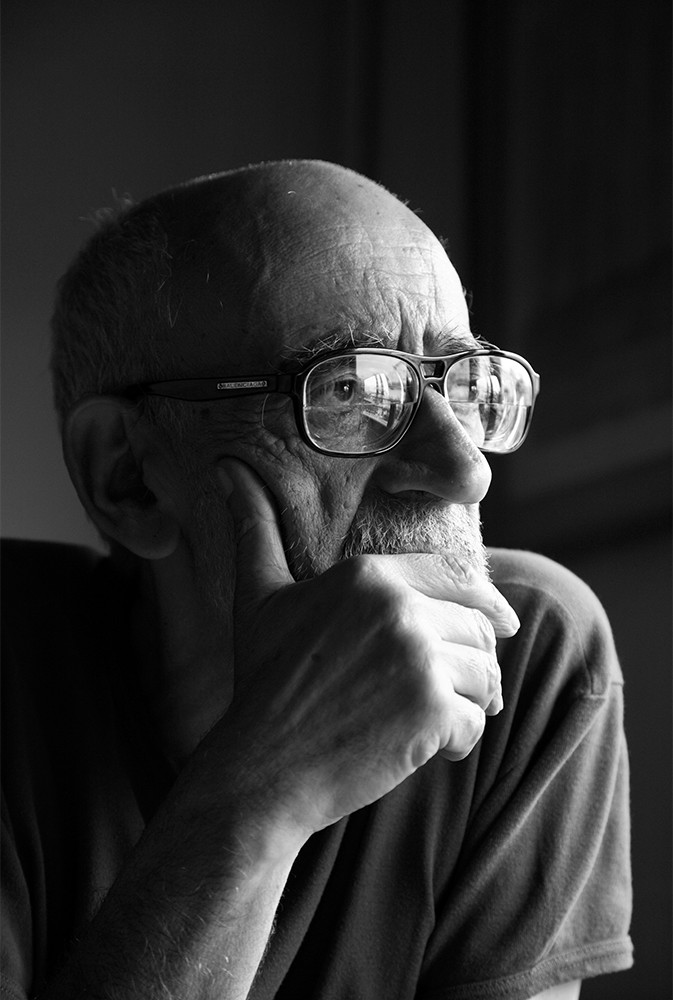 Ângelo de Sousa was born in Maputo, Mozambique, in 1938, and died in Porto in 2011. From 1955 and 1962 he studied painting at the Porto School of Fine Arts. He lectured in that school between 1962 and 2000, when he retired as a full professor. He co-founded Cooperativa Árvore in Porto in 1964. In 1967-68 he attended St. Martin’s School of Art and the Slade School of Fine Art, both in London, after being awarded a scholarship by the Calouste Gulbenkian Foundation. In 1968, together with Armando Alves, Jorge Pinheiro and José Rodrigues, he founded the group known as “Os Quatro Vintes” [The Four Twenties] — as the four of them had graduated with the top grade —, which remained active until 1972. Though initially a painter, his oeuvre encompassed other art-forms, such as sculpture, drawing, filmmaking and photography, incorporated as experimental approaches to different techniques and subject matters, taking place intermittently along his career. Some features, however, remained unchanged throughout his life: absence of representational elements, economy of means and shapes, and the recourse to the art series as a means to explore possible variations on a single theme or idea, such as his sculptures made of folded and painted metal sheets or plates. After his first solo exhibition (together with Almada Negreiros), held in 1959, his work could be seen in a number of one-man and group exhibitions both in Portugal and abroad, particularly the 13th São Paulo Biennale in 1975 (where he was awarded an international prize) and the 1978 Venice Biennale. In 2001, the Serralves Museum organised a retrospective exhibition (there had been a first retrospective also in Serralves, in 1993), which for the first time featured Sousa’s experimental work in photography and filmmaking. In 2003, the Modern Art Centre of the Calouste Gulbenkian Foundation staged an exhibition featuring selected drawings. In 2008, along with Eduardo Souto Moura, he represented Portugal at the 11th Venice International Architecture Festival. In addition to the public sculpture created in 1996 for the 3rd Santo Tirso International Symposium of Contemporary Sculpture, it is worth mentioning the piece made in 2006 for the atrium of the San José Building, in Porto’s Avenida da Boavista.