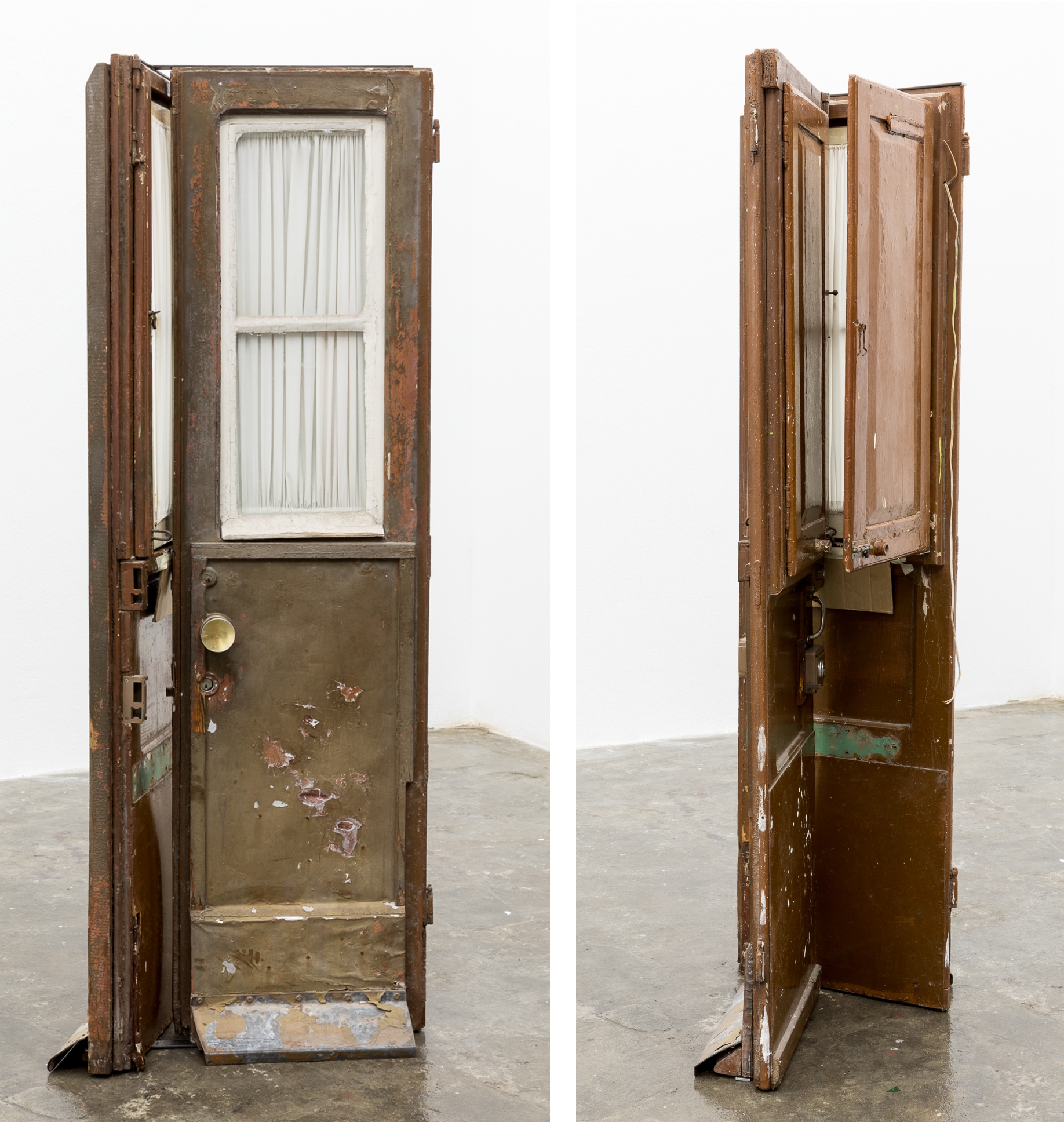 Pedro Cabrita Reis was born in Lisbon in 1956, where he lives and works. Internationally recognized, his work became crucial to the understanding of sculpture since mid-1980s. His complex work, characterized by a philosophic and poetic idiosyncratic discourse, includes a great variety of media: paintings, sculpture, photography, drawings and installations made up from both found and manufactured objects. Using simple materials and submitting them to constructive processes, Pedro Cabrita Reis recycles almost anonymous reminiscences of everyday primordial gestures and actions. Centered in issues related to space and memory, his pieces acquire a suggestive power of association that, transposing the visual, achieve a metaphorical dimension.

The complex theoretical and formal diversity of the Cabrita Reis’ work proceeds from an anthropological reflection opposite to the reductionism from sociological discourse. In fact, his work rests in silences and inquiries.

In 2001, the VIth International Sculpture Symposium of Santo Tirso incorporated an emblematic piece by Cabrita Reis. Rising as a house, which has always been present throughout his vast production, that piece may lead us to a deeper understanding of this recurrent topic and of the artist’s thoughts and practice.

In majority of the pieces that Cabrita Reis brings to this exhibition, almost all of them new, it can be seen an intricate set of ideas and shapes that offers a discovery, or even a reading, through the permanent combination and intermingling of materials and objects immediately recognizable by viewers. Such objects, after they are considered useless and discarded by their owners, are obsessively and carefully collected by the artist, who once in his atelier brings them together at will, giving them a new life now loaded with historical, philosophical, political and poetic meaning.

Of monumental size, the piece designed for the long corridor of the Abade Pedrosa Municipal Museum elicits a particular reading / discovery / experience of the Lisbon atelier where Cabrita Reis has worked since 2006.

The exhibition will be open since July 3rd and in the end it will be produced a catalogue with texts from Álvaro Moreira and Miguel von Haffe Peréz.