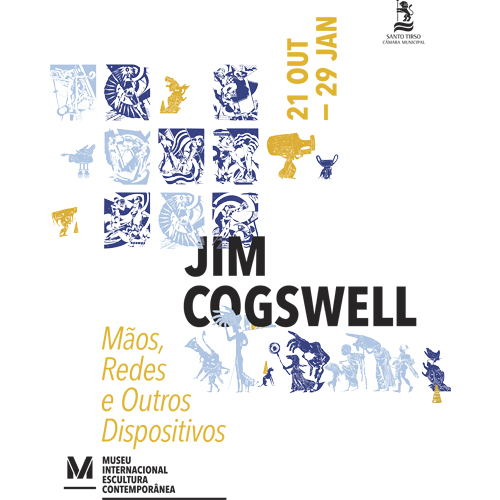 Hands have unlimited expressive and narrative potential. They testify to the centrality of making in the development of human cognition. They are reminders of the constructed world and the laborers responsible for bringing it into being. We use hands as a form of communication to shape and express our inner states. They give us away, revealing what we would prefer to keep to ourselves. Hands teach us to feel and to reason, to count and to indicate. Hands give us agency, as creators but also as destroyers. They give form to our willingness to act in the world.

A net is a device for gathering, collecting, and connecting. We drop it into the vast unknown to capture glimpses of mystery.  A net is a form of grid, a cognitively complex device for measuring, for visualizing abstract concepts. Grids were the cartographic innovation that made modern mapping possible, hence reliable global navigation. Grids are an essential tool in the excavation of archaeological sites. Grids evoke the warp and weft of the textile production so important to the history and identity of Santo Tirso.  Between nets and grids hangs the existential web of fate and circumstance that circumscribes each of our lives, that enmeshes us within the cultural networks that define who we are and what is possible for us as societies and individuals at any given moment in history.

The objects found in the collection of this museum—coins, pitchers, hammers, spindles, buckles, weapons, grave markers–are all devices that extended the ability of their makers to think about the world as well as to act within it.  When we contemplate those objects, we probe details and relationships that extend our own ability to think about the world.  We search for a view from which to explore what is most striking about this thing, the curious detail, the narrative implied in its physical proximity to another object, its resemblance to objects elsewhere, the enigma of its presence here.

We are particularly attentive to the human presence at the other end of this process, the laborer who fashioned it, made present through traces of brush, tool, and hand on its surfaces. We are also absorbing its fragility, a thing wounded by the violence of history, defaced by natural disaster, reshaped through the normal course of physical decay. Each object testifies to unknowable acts that have fragmented, excised, and displaced it within a pool of artificially clear light inside a temperature-controlled vitrine, redeployed among objects gathered from unimaginably different circumstances. Each object is further qualified, profoundly, by our utter inability to comprehend the ritual purposes, power relations, or quotidian circumstances for which it was originally intended.

My intent for this project is not to catalog the fragments from societies that have been gathered, but to imaginatively transform them, constructing a work of fiction based on scrupulous attention to the evidence.  I alter their narratives by re-contextualizing them, by molding their images to new materials and new constraints. In doing so, I hint at the fragmentary nature of historical memory and the imagination by which we narrate it to ourselves.

To design my installation, I have taken objects from different societies with fundamentally different assumptions about what it means to be human and put them in dialogue with one another. I suggest identities radically different from what they appear to be while on display in museum collections. And those new identities are themselves unstable.  Following their metamorphosis is essential to the humor in my piece and part of its content, a reminder that the whole project is about unstable meanings.  And, at a cosmological level, it is an acknowledgement that everything we know, including ourselves, is constituted by the same cosmic dust that originated at the singular moment that our universe formed, in a continual state of dissolution and reconstitution ever since.  At least, that’s the story that makes sense to me.

“HANDS, NETS AND OTHER DEVICES”