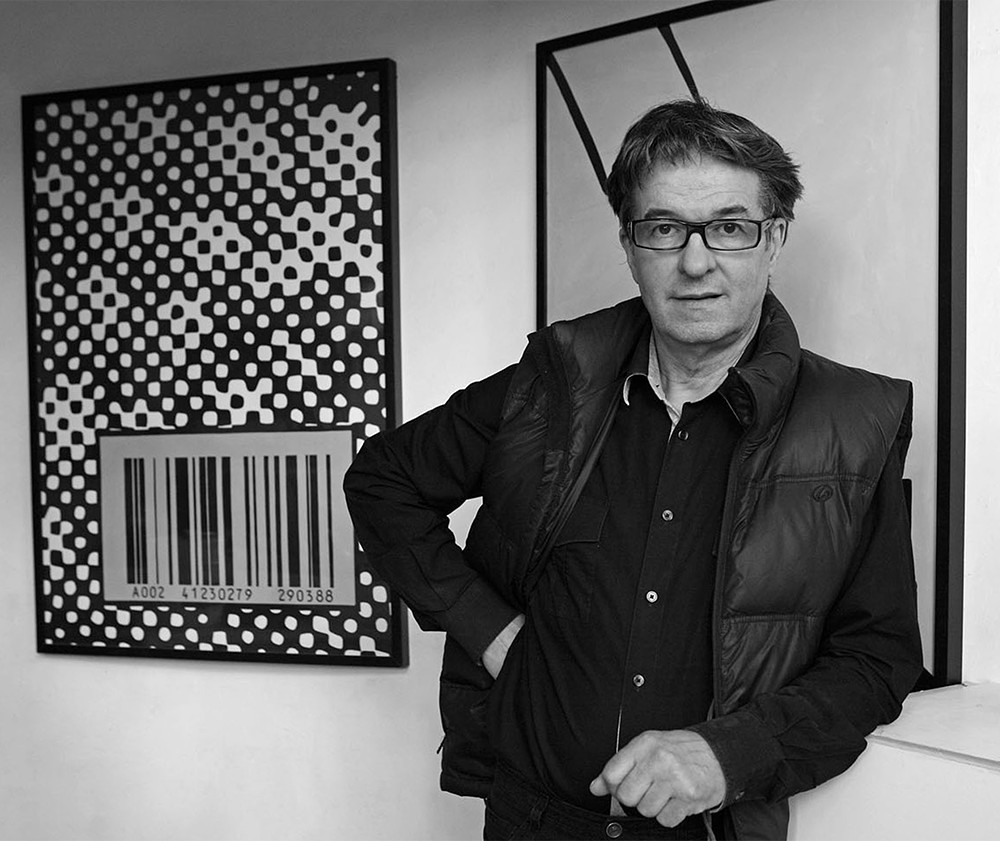 Born in Albia, France, in 1954, Jean Paul Albinet currently lives and works in Paris. He was a student at the Toulouse Academy of Fine Arts and at the National School of Decorative Arts in Paris. Along with Philippe Cazal and Alain Snyers, he co-founded UNTEL, a group responsible for several street-art initiatives and performances throughout France between 1975 and 1980. He has been featured in a number of national and international exhibitions, including “Le sac Untel et Mises en fiches”, held at FIAC Grand Palais in Paris, in 2013. A multifaceted artist, Albinet has worked with visual codes for several years — in 1990 he was the first artist to ever sign his work using a machine-readable barcode bearing the number 337731, which he developed as a conceptual identity corresponding to his Suppliers’ Unified National Code number as manufacturer of painted and sculpted articles. The barcode, standing as both a graphic and economic sign, as well as, so the artist claims, the first sign of globalisation, has become the matrix of his subsequent production of paintings and sculptures. Jean Paul Albinet has had several exhibitions in France and abroad, from his first one-man exhibit in 1984 to “Regarder les prix”, one of his latest shows, staged at the Xi’an School of Art and Design, China, in 2014. Following the same guiding principles as his paintings and small-scale sculptures, Albinet’s public art include Sedimentação [Sedimentation], built in 2008 for the 8th Santo Tirso International Symposium of Contemporary Sculpture.