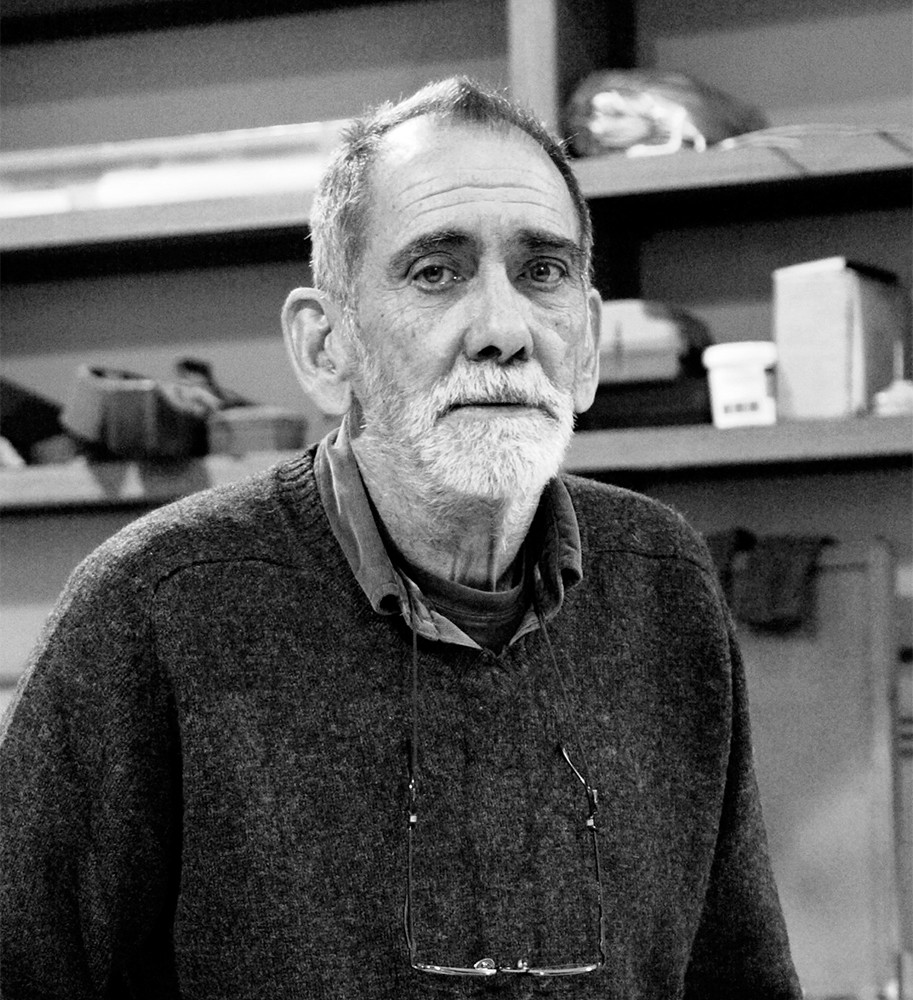 Carlos Barreira was born in Chaves, northern Portugal, in 1945, but made his home in Porto in 1967. In 1973, he completed the sculpture programme of the Porto School of Fine Arts, where he also lectured from 1977 to 2009. In addition to his practice as sculptor, he is also a designer and graphic artist, and has worked as stage and costume designer. In 1975-76 he was a member of the SAAL Project (Travelling Service of Local Support) and was the technical manager of the Seixo Brigade in S. Mamede de Infesta. He co-founded the Cerveira Biennale in 1978 and had his first one-man exhibition, “Carlos Barreira: Escultura”, in 1986, organised by the Porto Northern Delegation of the Portuguese Secretariat of State for Culture. Combining diverse materials, such as stone, wood, polyester, iron or steel, most of Barreira’s pieces are deliberately playful and dynamic, merging with the site where they are located and often requiring viewer interaction. He has developed serial sculpture, built up intermittently at different times in his career. The piece created for the 2nd Santo Tirso International Symposium of Contemporary Sculpture belongs in Bulideiras [rocking stones], one of the most productive series, started in 1984-85 — made of stone, featuring a movable upper part resting on a rectangular base, they are aligned with the “mother stone”, a natural rocking stone near Chaves. Carlos Barreira has often participated in sculpture symposia and workshops, as well as in art biennales, and built several public art sculptures. In 1999 he was awarded the grand prize at the Cerveira Biennale, and in 2009 the Matosinhos City Library dedicated him a retrospective exhibition, “Carlos Barreira: uma questão de matéria”.