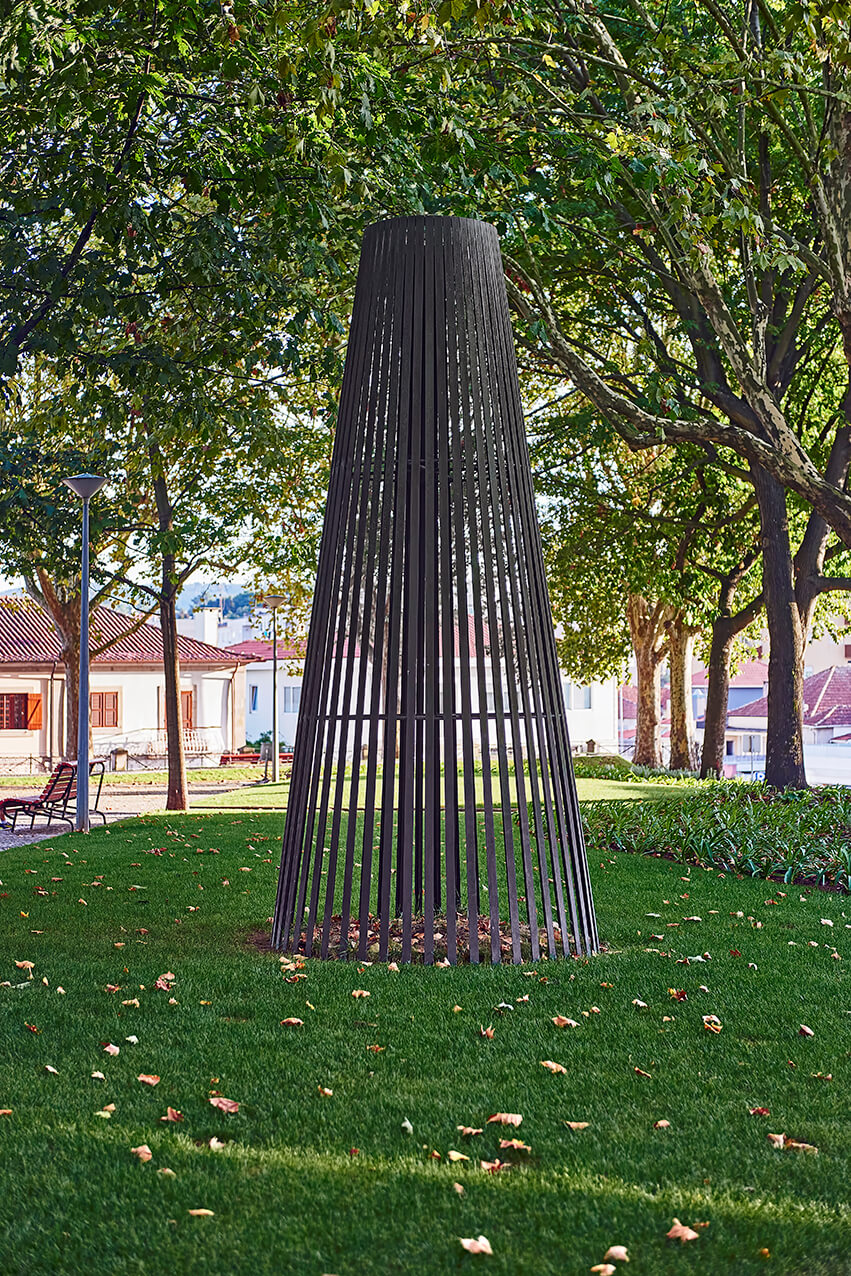 Without your name, 1996
Rui Chafes
Iron

Sculptor Rui Chafes’ persistent use of iron (often painted black) bears witness to his constant search for transcendence. The most common element on Earth, iron comes from the planet’s entrails; it is responsible for carrying oxygen through blood. That is the way in which Chafes handles this material, as something coming from the kernel of life, so light and delicate that it can hold air inside.

The ambiguity of matter and form is among the main and most distinctive characteristics of Rui Chafes’ work on apparently light and organic iron volumes. Other features, however, also remain constant, such as the importance given to his pieces’ titles (always related to his own personal universe), and the relevance of the sites for his sculpture’s relationship with the natural environment. One of the most important Portuguese sculptors coming out in the 1990s, Chafes carefully examines the space, whether a gallery, museum hall or part of a landscape, often choosing outdoor locations, as in the case of Sem o teu nome [Without your name], created for the 3rd International Symposium of Contemporary Sculpture, held in 1996.

This particular piece was produced during a period when Chafes was obsessively concerned with absence (of matter, of existence, of name) as a key axis of his practice. It also gives a different viewpoint of landscape by means of transparency. Standing anywhere by the sculpture, the viewer always sees the landscape through it, broken down by vertical strips of iron, as if reality were a succession of fragments. When moving around it, the images appear in motion, like frames in a film.