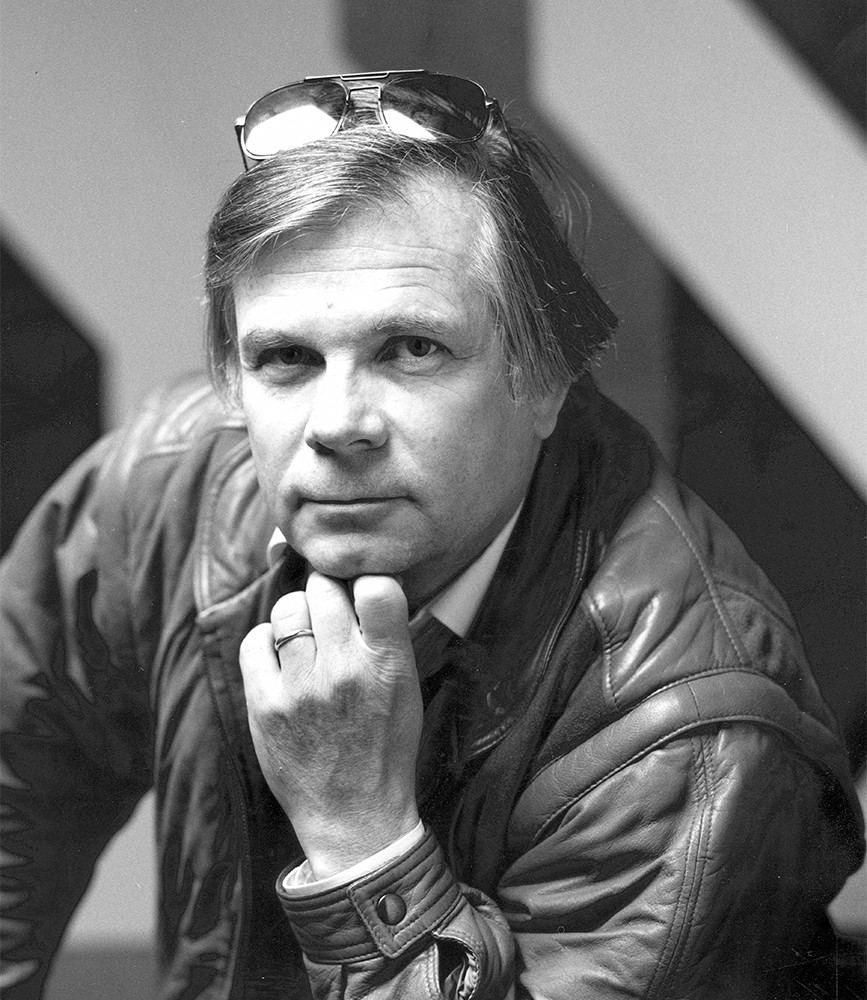 Peter Stampfli was born in the Swiss town of Deisswil in 1937, and attended the Bienne School of Fine Arts, also in Switzerland. In 1960 he moved to Paris, and since then has lived and worked between Paris, Switzerland and Sitges, near Barcelona, Spain. Mostly a painter, Stampfli has also authored several monumental public sculptures, as well as films dealing with the same subject matters as those of his paintings. Exemplary of European Pop Art, his large canvases usually depict oversized household objects of jagged edges. Auto parts are a regular presence in his oeuvre, especially gigantic tyres and the patterns they leave on a surface. Brightly coloured, an example of such enlarged tyre tracks may be found in the piece designed for the 2004 Santo Tirso International Symposium of Contemporary Sculpture. Peter Stampfli’s work has been featured in a great number of solo and group exhibitions, particularly in Europe. He had his first one-man exhibit in 1996, and represented Switzerland at the São Paulo and Venice Biennales, in 1967 and 1970, respectively. His first retrospective was held in 2002 in Paris (Jeu du Paume Gallery). “Double d’artistes pour Roland Garros” was a 2015 exhibit featuring lithography by Peter Stampfli and Jacques Villeglé, held at the Saint-Malo Academy of Plastic Arts. Opened in Sitges in 2011, the Stampfli Foundation and Contemporary Art Museum contains Stampfli’s permanent collection as well as items by other contemporary artists.