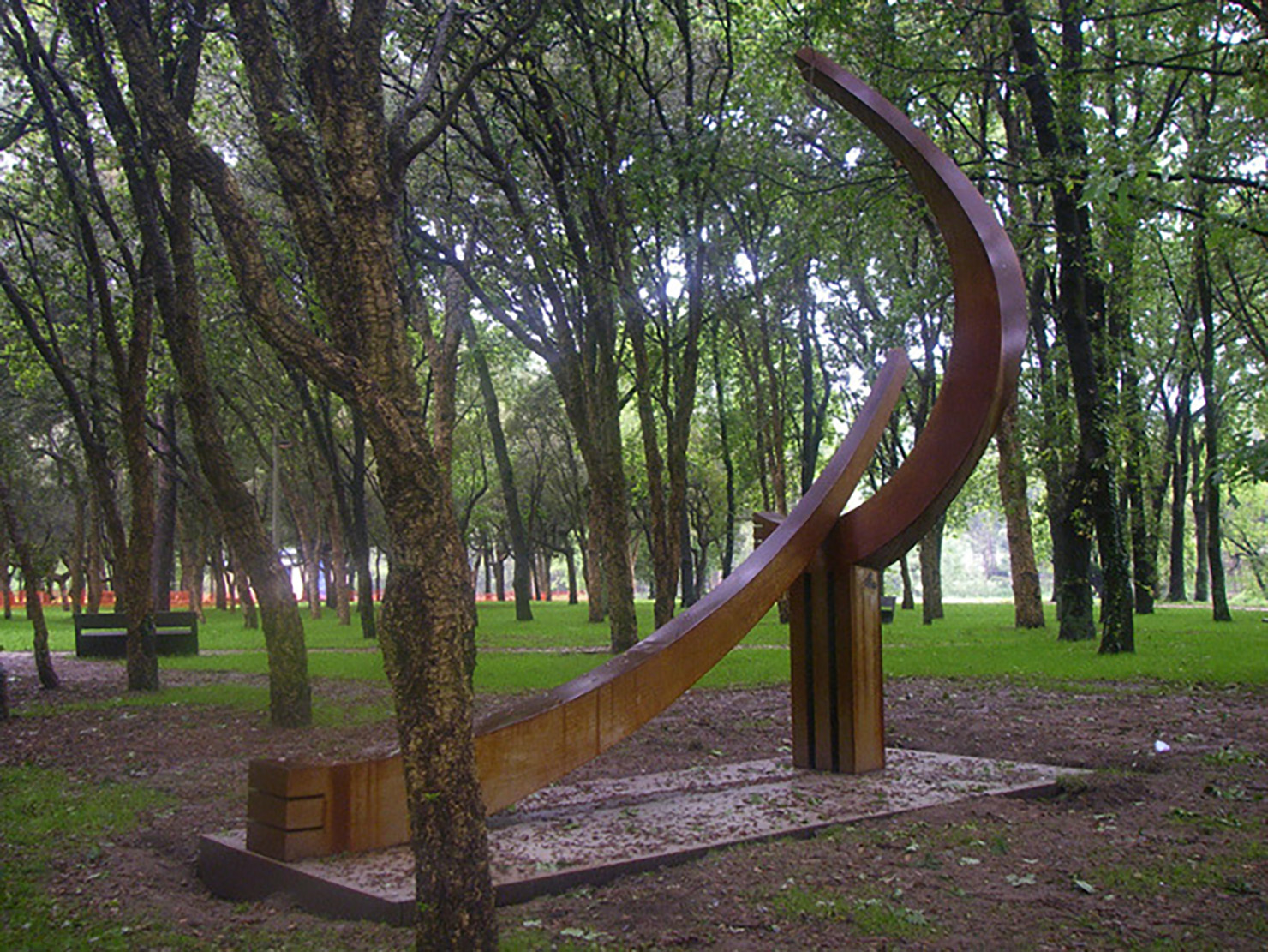 To Michel Rovelas, the worth of a work of art lies in its capacity for becoming testimony, impression and reverberation of the world, allowing, due to its primitive dimension, for a return to the sources, the origins or, from a psychoanalytic viewpoint, the womb. After living in Paris until 1968, Rovelas’ return to Guadeloupe was not just a change of location, but a creative encounter with his country’s history, traditions and culture, and ultimately with himself and everything that has made him a man and an artist. An admirer of some of the first avant-garde European artists, Rovelas examines the world’s appearances and minute perceptions with an unwavering impressionistic spirit of strong analytical power.

Adão e Eva [Adam and Eve] is a minimalistic composition, in which two geometric elements establish a dialogue in space, delineating two delicately intersecting movements. Through the title, Rovelas encourages us to revisit the origin of Man according to the Judeo-Christian tradition, as narrated in the Book of Genesis. The union of the first man and woman created by God is here represented by two iron elements, whose identities and genders are given away by their shapes, designs and positions.