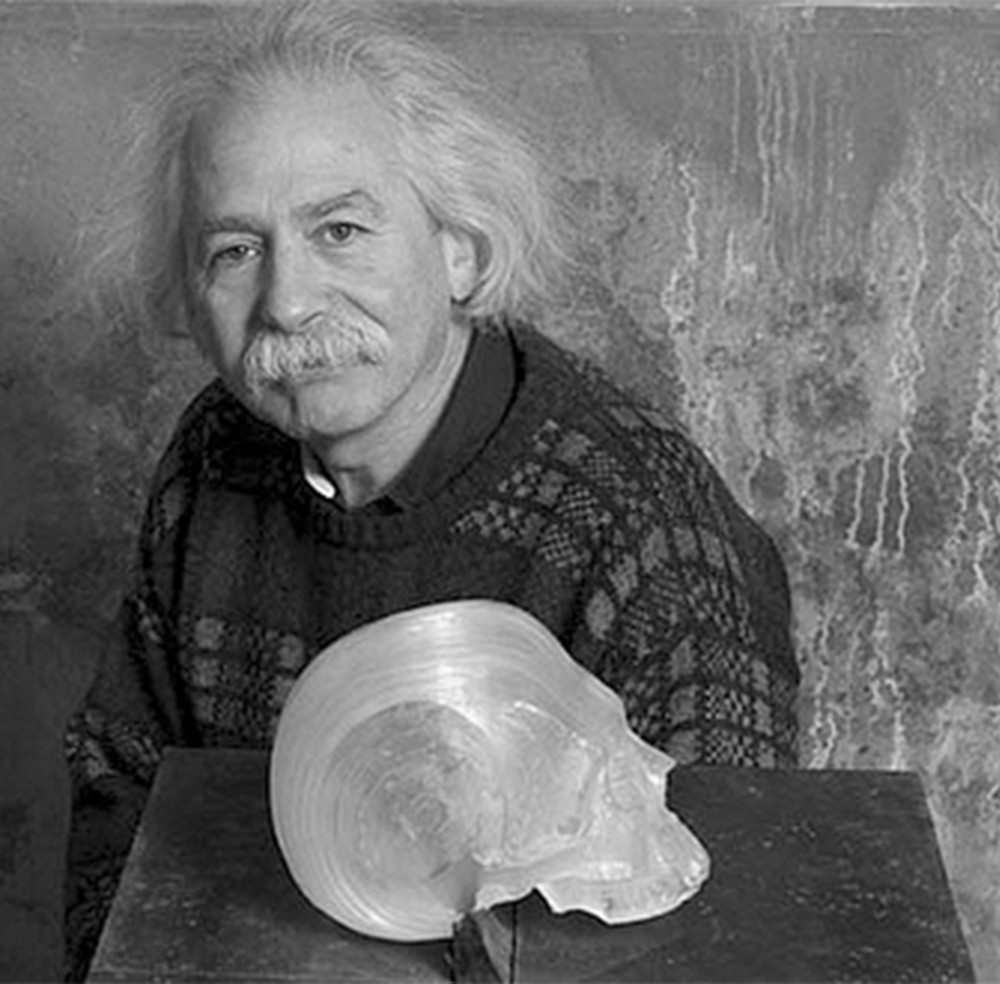 Born in General Roca, Argentina, in 1936, Jack Vanarsky moved to Paris in 1962, where he lived until his death in 2009. He studied Architecture in Buenos Aires, Argentina, while frequenting some artists’ workshops around town. His production in the 1950s mostly comprised expressionistic drawings and paintings with a powerful social message. In 1965 he created his first animated sculptures, which have characterised and distinguished his oeuvre ever since. After 1968, Vanarsky’s mobile objects were made up of moving lamellae powered by a hidden mechanism — a system that he used in all his subsequent production. In 1967, he co-founded the Automat group, which participated in the Venice Biennale that year, as well as the Latin-American Space in Paris, in 1980. In 1990, he became a member of OuPeinPo (Potential Painting Workshop). In addition to his animated sculptures, Vanarsky was well-known for his transfigurations of famous works of art, his literary allusions (especially to authors like Franz Kafka or Fernando Pessoa), and his subject matters (books, body parts, strings, butterflies, among others), unrelated to the abstraction of kinetic art. Based on his architectural experience (due to his collaboration with architect Vladimir Kalougine), Vanarsky created several monumental urban sculptures, such as Pachamama, a Carrara marble sculpture/fountain made in 1988 for the French city of Ivry-sur-Seine, and Livremonde, built for the French Pavilion of Expo 92 in Seville. Jack Vanarsky had his first one-man exhibition in 1965, and his work was regularly represented in exhibitions across Europe, South America and the United States from the 1970s onwards. His last solo exhibition was held at Galleri Asley (Uttersberg, Sweden, 2009).