The boat, the moon and the mountain 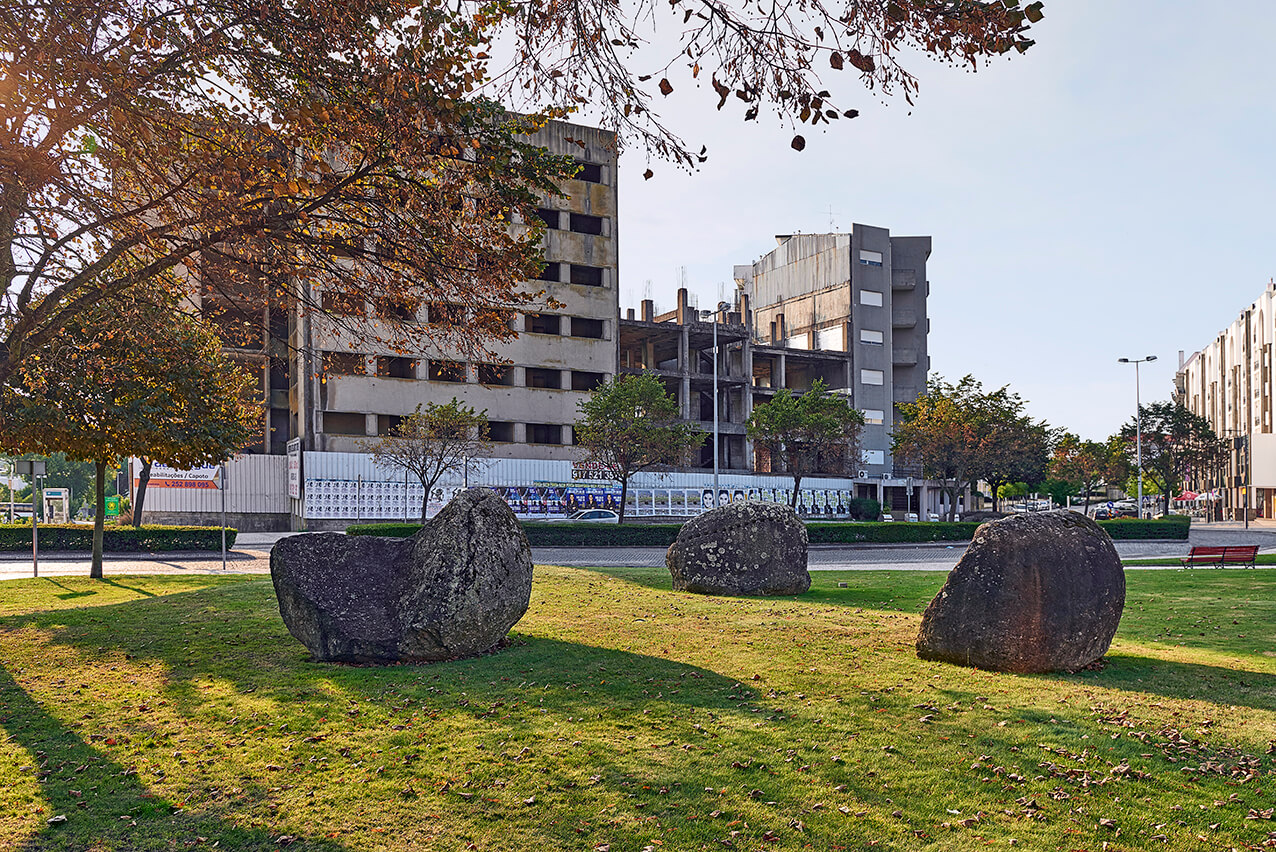 The boat, the moon and the mountain, 1989/90
Alberto Carneiro
Granite

The interplay of art and nature has found an exceptional vessel in Alberto Carneiro’s oeuvre. Each one of his sculptures is based on the premise that every new work of art is also a new living thing. Art and life are intimately intertwined through their metamorphoses, their multiple transformation processes through which a particular form becomes another, a meaning opens up to new senses, the author’s identity is realised in the definition of its Otherness, and desire blends body and matter together giving expression to the human bond with nature.

Born in S. Mamede do Coronado in 1937, Alberto Carneiro began his remarkable career by learning a trade as an image maker in the religious art workshops in his home town. After obtaining scholarships from the Calouste Gulbenkian Foundation, he studied sculpture at the Porto School of Fine Arts from 1961 to 1967, and at St. Martin’s School of Art in London between 1968 and 1970. During his stay in London, he came in touch with avant-garde movements, like Land Art and Conceptual Art, from which he kept some characteristics after personal and original interpretation and re-elaboration. He took up the study of Zen, Taoism, Tantrism and Deep Psychology, and travelled extensively through East and West in order to have first-hand experience of different cultures. Under the influence of those eastern philosophies, Carneiro’s work has sought to reinterpret western sculptural traditions through harmonious articulation of sculpture with nature and its materials (wood and stone, his media of choice). In addition to a vast sculptural oeuvre, Carneiro has produced a plethora of drawings, as well as a few seminal texts on his work and on artistic creation. As a teacher, he has conducted research on art and teaching.

The Santo Tirso International Museum of Contemporary Sculpture, in whose genesis and development this artist played a crucial role, contains two coetaneous pieces built in the late 1980s: A água sobre a terra [Water on earth] and O barco, a lua e a montanha [The boat, the mountain and the moon].

The sculptural composition of A água sobre a terra establishes an orthogonal, metaphorical relationship between the verticality of the mountain and the horizontal surface of the earth, both joined by water’s transformative power. Writing about his own work, Carneiro usually reveals specific details about the piece: “Water flowing over the surface of the earth and moulding its movements as it encounters matter. Water and stone: the river and the mountain. Stone revealing itself through the vibrations of the water. Life grooving the earth for the body’s anamnesis. The elements have left their trace on the surface of the rocks. Water streams down the mountain looking for the flatness of earth. Liquid scintillations make the stone fluid and appeal to the body’s gestures. Mandalic space where water seeks the centre. Cosmos of the unity of body and universe”.

Both these sculptures are intended to engage viewers’ thoughts so that they recreate and appropriate the artist’s personal experience. By wandering through the places where the artworks come to life, viewers are encouraged to build their own meanings. Art and life are brought together through a sensorial experience, in which the viewer’s own body acts out a suspension of ordinary assumptions regarding the place of art and of nature.

The boat, the moon and the mountain - Alberto Carneiro - Extra-Symposium 1989/90

The boat, the moon and the mountain - Alberto Carneiro - Extra-Symposium 1989/90